Ben Carson 'Horrified' By His Own Campaign Ad

This article has been enhanced with interactive sound clips. To hear the radio commercial, click the phrase highlighted in red.

Ben Carson blamed his staff for the notorious rap radio advertisement that was released last year, saying he was “horrified” by the ad and that his campaign is much better run since a staff shakeup around New Year’s.

“I did not approve that, and when it came out I said, why did you put that out? What are you thinking?” Carson told a crowd at Drake University, in Des Moines, Iowa, gathered for BET’s #AllVotesMatter Twitter Town Hall. “I was horrified.”

“I’m very hopeful that I’m not the only one that’s willing to pick up the baton to freedom,” Carson says in the advertisement as a hip-hop beat blares and a rapper, Aspiring Mogul, says “Vote, Vote!”

Carson told the crowd that the advertisement was released without his knowledge.

“It was done by people who have no concept of the black community and what they were doing,” Carson told the audience at Drake University. When asked why he didn’t stop the advertisement, Carson said, “I should have but they stuck it out without me knowing.”

The former neurosurgeon’s campaign staff has seen a major shakeup, with top aides leaving at the end of December to be replaced by a team that Carson says he is much happier with. The former manager of Carson’s campaign, Barry Bennett is now advising Donald Trump. Carson said Bennett’s decision “shows you where his heart is.”

Carson rose quickly in polls late last year, riding a tide of anti-Establishment sentiment, only to drop dramatically into the middle of the pack. Lately, however, Carson’s campaign has seen some new life: a new poll shows him in third place in Iowa. Aides to Carson say that his campaign is better-run after the turnover.

When asked by a reporter whether he would endorse Trump if forced to drop out, Carson demurred

“There are too many people who have invested too much time energy and money, I’m not even thinking about that,” Carson said. “I’m not a quitter. As long as I have people who are believing in me and supporting me, I’m not going to quit on them.” 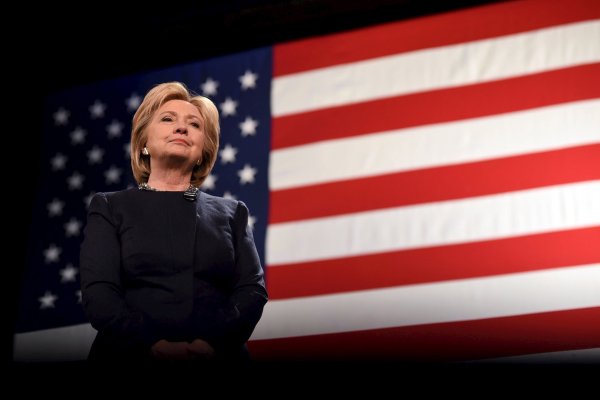 Blizzard Blamed for Delay in Hillary Clinton Email Release
Next Up: Editor's Pick