A customer inspects the new iPhone at the Wangfujing flagship store on September 20, 2013 in Beijing, China.
Lintao Zhang—Getty
By Lisa Eadicicco

Apple fans may not have to wait until September to see a new iPhone. The Cupertino, Calif.-based company is reportedly planning to announce a new smaller iPhone in March, according to 9to5Mac’s Mark Gurman.

Gurman, an often-accurate Apple blogger, says the new device will be called the iPhone 5se. It will essentially be a revamped version of the iPhone 5s, with support for Apple’s latest features, like Apple Pay and Live Photos, as well as a new design and more color options, like rose gold. 3D Touch, however, will be absent.

The iPhone 5se will also reportedly have the same 8-megapixel camera, 1.2-megapixel front camera, A8 processor, and M8 motion co-processor found in the iPhone 6. There is said to be a barometer inside for tracking elevation via Apple’s Health app, too.

Gurman predicts Apple will being selling the iPhone 5se in late March or early April.

The iPhone 5se is believed to be a completely separate device from the iPhone 7, Apple’s successor to the iPhone 6s. That device is rumored to be announced this fall.

A new, smaller iPhone option in Apple’s product lineup could be a compelling choice for consumers who have held off on upgrading from an iPhone 5s or iPhone 5c over concerns about the iPhone 6’s larger size. This, in turn, could help ease investors’ anxiety that demand for the iPhone is weakening. 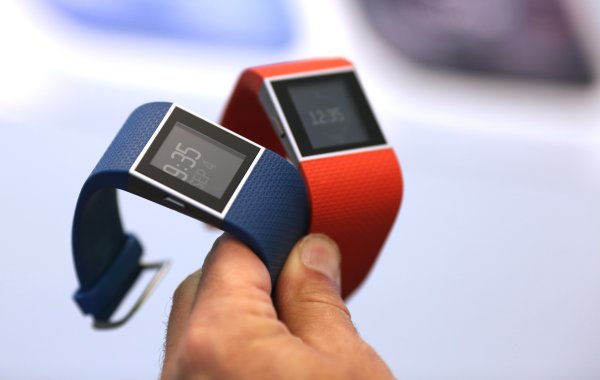 Fitbit's Accuracy Just Got a Big Vote of Confidence
Next Up: Editor's Pick