Oscar statues stand near the Dolby Theater during preparations ahead of the 87th Academy Awards in Hollywood on Feb. 19, 2015.
Lucy Nicholson—Reuters
By Eliza Berman

After a week of harsh criticism for the lack of diversity among this year’s Oscar nominees, the Board of Governors of the Academy of Motion Picture Arts and Sciences announced Friday that it had voted unanimously at an emergency meeting Thursday night on a series of changes to increase the diversity of its members. In a press release, the organization announced its goal to double, through the new measures, the number of women and “diverse members” by 2020.

The first and most noteworthy change is a new rule stating that new members will be eligible to vote for nominees for a period of 10 years, after which their eligibility will be renewed as long as they have been active in movies during that time. After three 10-year terms—or if they have been nominated for an Oscar—members will receive lifetime voting rights. These criteria will be applied retroactively to current members going forward. If a member has not been active in movies in the past decade, he or she will transition to emeritus status and will no longer be eligible to vote for nominees.

While the new voting rules aim to have an impact on who gets nominated for Academy Awards, the second change focuses on increasing the diversity of the Academy itself. In order to address the fact that the organization is currently, according to a 2012 study, approximately 94% white, Boone Isaacs will introduce “an ambitious, global campaign to identify and recruit qualified new members who represent greater diversity.”

The third change, which takes aim at diversity at the executive, decision-making level, is an immediate action to broaden representation on the Board of Governors, a body that presently consists of 51 members, just two of whom are not white. The Academy will immediately add three new seats to serve three-year terms, to be nominated by Boone Isaacs and confirmed by the rest of the board. It will also add new members to executive and board committees that make strategic and financial decisions.

The announcement of these measures came as a surprise Friday, as the board was expected to discuss the issue at a regularly scheduled meeting on Jan. 26. The decision to implement a restriction on voting rights for inactive members was also a more drastic measure than many expected to see so quickly, as it risks alienating longtime members in order to address other forms of alienation. The new rules reflect a perception among some that the continued lack of diversity among nominees and new members is in part a generational issue in an organization with a median age in the low-to-mid 60s.

President Cheryl Boone Isaacs, who stated on Monday that she was “heartbroken and frustrated” by the lack of broad representation among nominees, said of the changes, “The Academy is going to lead and not wait for the industry to catch up…These new measures regarding governance and voting will have an immediate impact and begin the process of significantly changing our membership composition.” 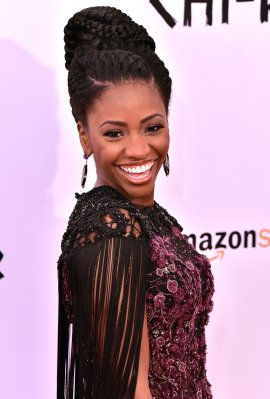 Here's Who the American Black Film Festival Will Honor Right Before the Oscars
Next Up: Editor's Pick