Adam Driver’s Kylo Ren went undercover on last week’s Saturday Night Live to find out what the storm troopers really think of him, but the Star Wars: Force Awakens actor had a hard time keeping a straight face while filming the sketch.

A blonde-wigged Driver chats with Starkiller Base personnel played by Bobby Moynihan and Taran Killam to learn about what happens while he’s busy trying to maintain his grandfather’s legacy. What he finds — a foreign object in his salad and a “Keep Calm and Kill the Resistance” poster — do not make him happy. Undercover Kylo Ren also has trouble performing the daily tasks of the radar technician he’s posing as. 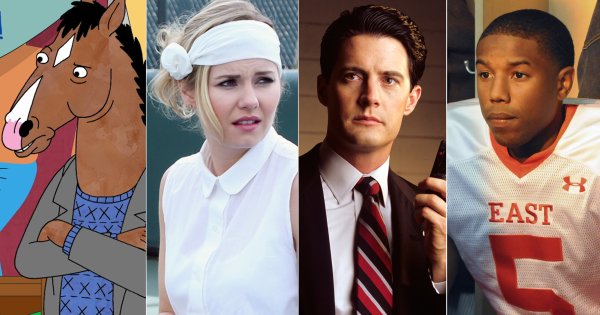 Here's What You Should Binge-Watch While It's Snowing
Next Up: Editor's Pick