The media recently brought attention to an TV interview from 2014 that showed Saudi Arabia’s Grand Mufti Sheikh Abdulaziz Al Sheikh responding to a viewer’s question about whether Islam permits playing chess. The Mufti responded that chess is “haram,” forbidden, because it promotes hatred between opponents, gambling and wastes valuable prayer time. While this is not legally binding, the Saudi Chess Association, of which I am a part, is concerned by these comments.

Historically, through Saudi Arabian society has moved from the nomad lifestyle toward the modern and civilized age in last century, religious leaders’ views have alienated many newcomers by condemning technology such as TVs, radios and camera phones, as well as social habits such as wearing jeans. Chess was left behind in 1976 when a fatwa, an Islamic ruling, decreed against it just as it was becoming popular in the kingdom. This disallowed it from becoming a normal sport under the sport and youth ministry in Saudi Arabia.

In recent years, we created the Saudi Chess Association and asked that it be promoted to a federation, which would mean it would be funded by the government. But the old fatwa was a restriction. When the most recent fatwa was issued by the mufti in 2014 forbidding chess again, we realized with alarming concern that it would hinder us from building the federation and could give the authorities, especially the religious police, some justification to stop any event in future. That could restrict us from inviting international chess grandmasters or holding big international events in the kingdom.

But we will keep playing despite a possible ban. Fortunately, no chess website is blocked in Saudi Arabia. And chess is deserving of our efforts to popularize it.

Chess is important in Saudi Arabia for many reasons, one of which is the effort to substitute it for video games, which are not age-restricted in Saudi Arabia and are sold to youngsters without monitoring. We believe that our next step is to implement chess as a school class.

Chess is an art and a science. It represents reason, equality, freedom and choice. These aspects grow in parallel with the social need for them and the lack of their availability in a society. 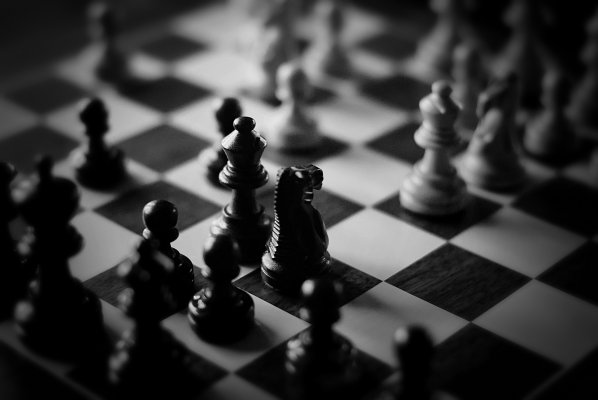