The election calendar is bursting with events from presidential hopefuls. Candidates constantly shuttle from one to another: fundraisers, rallies, speeches, meet and greets and interviews fill their days and nights. And then there are the events that bring candidates together: televised debates and town halls. This weekend, for example, New Hampshire’s Republican Party will host its “First-in-the-Nation Presidential Town Hall,” and the Democrats have a town hall of their own scheduled in Iowa on Jan. 25.

But, while town hall meetings have a long history in the U.S. as a form of government, they only recently emerged as a feature of presidential campaigns.

American history’s earliest recorded town meeting was held in Dorchester, Mass., which established meetings as a system of town government in 1633. The town records from Oct. 8, 1633, declare that “for the general good and well ordering of the affayres of the Plantation there shall be every Mooneday…a generall meeting of the inhabitants of the Plantation at the meeting-house there to settle (and sett downe) such orders as may tend to the generall good as aforesayd; and every man to be bound thereby, without gaynesaying or resistance.”

And so, 383 years ago, this New England town agreed to convene weekly to discuss the pressing issues of their community. These town meetings embody a type of participatory democracy that Americans exalt: communities coming together to debate issues, build consensus and vote on the proceedings. They’ve been a feature of American democracy and local governance ever since, and over time the term “town hall meeting” came to refer to a forum for community participation on any topic.

On Mar. 16, 1977, President Carter attended a town hall meeting in Clinton, Mass. Doing so was something new for a sitting president, and the informal setting provided an unusual potential for spontaneity. That week, TIME called the move part of an “extraordinary meet-the-people program that Carter is conducting so successfully” and noted that it was helping Americans—even those who hadn’t voted for him—feel like he was “the people’s President.” Presidents Reagan and Bush didn’t further this new mode of presidential interaction, but Bill Clinton made it a standard of the election campaign, and, once elected, continued to use it to promote his policy proposals.

During the 1992 election season, Clinton held a number of televised town hall meetings, including one on MTV aimed at young voters. His second debate with President Bush was styled as a town hall meeting too. These events played to his strengths: speaking extemporaneously, communicating empathy and connecting with audiences.

Clinton’s use of town halls to further his political priorities declined during his presidency, but the format has persisted as a Presidential campaign staple and as a standard form of interactive presidential communication. 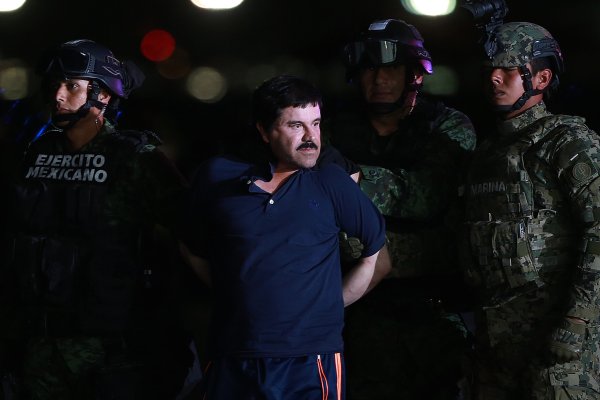 El Chapo Shows the Folly of the War on Drugs
Next Up: Editor's Pick