Marco Rubio appeared on The Tonight Show with Jimmy Fallon last night to talk about the presidential race. He explained why he’s running for president, but he also admitted to Fallon what he wants to do if that doesn’t work out.

Rubio begins by telling the story of his family immigrating to New York City and explaining his philosophy behind running for president of the United States. “I want it to remain it a place where people can do for their kids what my parents were able to do for me,” the Florida senator says.

But he also cracks jokes with Fallon, quipping “Who is that?” when the host mentions GOP frontrunner Donald Trump.

When Fallon asks Rubio if he would consider being Vice President if he fails to win the nomination, Rubio replies, “No, that’s not what I’m thinking about. I want to be like commissioner of the NFL, which is more power than president sometimes.”

When Fallon seems skeptical, Rubio continues, “I’m serious, that’s a great job. You can suspend people.” But he clarified that being president is still his “first choice.” 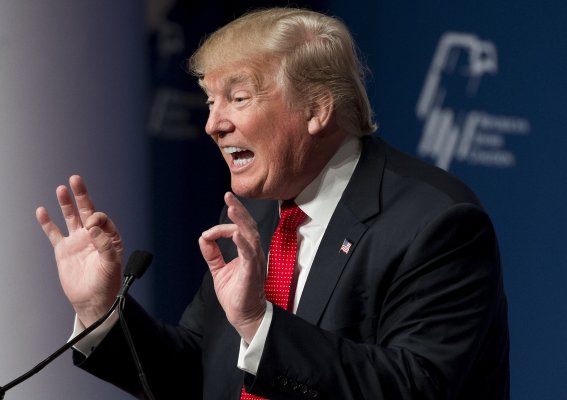