Donald Trump has linked his legacy with that of his father, whom Guthrie wrote about with disdain in song lyrics that were never published, according to Will Kaufman, a professor of American literature and culture. Kaufman found Guthrie’s old lease and writings in the Woody Guthrie Archive in Tulsa, Okla., and posted them on TheConversation.com.

In his notebooks, Guthrie wrote:

The Department of Justice sued the Trump real estate business in the 1970s for violating the Fair Housing Act, according to the New York Times. After Trump Management filed suit against the government, the two sides reached an agreement that “did not constitute an admission of guilt” by Trump or his company.

Guthrie, whose songs advocated for American equality and condemned racism, lamented the lack of diversity among the residents of Trump’s Beach Haven apartments, according to Kaufman. 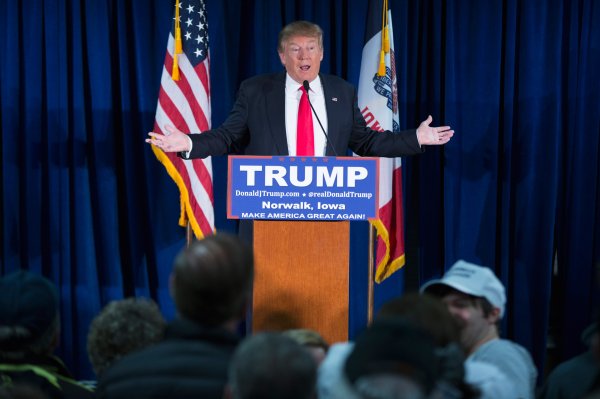 Trump: Cruz Is 'Worse Than Hillary'
Next Up: Editor's Pick