Dakota Johnson had a blast on Wednesday’s The Tonight Show Starring Jimmy Fallon, as the Fifty Shades of Grey star introduced host Jimmy Fallon to a fake game she invented with her family. They called it “the acting game.”

“I only played it once,” Johnson admitted, before explaining the rules. “You get a fake scenario and answer the phone and act out the scenario.”

Johnson’s first scenario was this: Darth Vader, her fiancé, has called in to say he’s leaving her for another woman.

“Hi babe,” Johnson said upon answering the fake call. “Did you just wake up?” After the fake Darth Vader explained where he was and who he was with, Johnson became angry. “Who the f—?” she said, stopping short because Johnson realized she just cursed on national television. Laughter and even some tears ensued. (Since The Tonight Show is pre-taped, Fallon’s producers bleeped the swear out for maximum effect.)

Things calmed down slightly from there, at least on the expletive front. Later in the show, Johnson said she hadn’t laughed till tears since filming her new movie, How to Be Single.

Watch the very funny segment above. 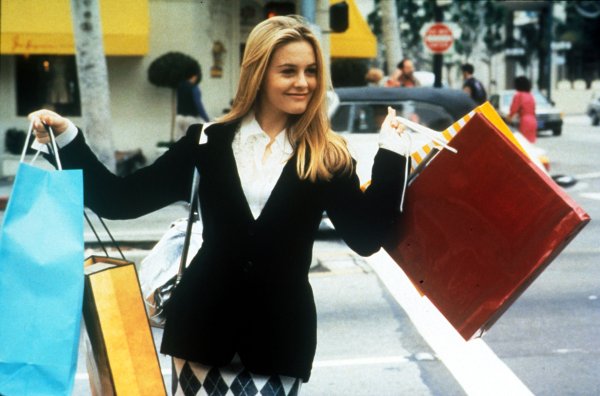 Watching Jake Gyllenhaal and Bradley Cooper Audition for Clueless Is Way Existential
Next Up: Editor's Pick