My Last Year in Office as Mom-in-Chief

Aside from the facts that I am not as well educated and have never been to Hawaii, Barack Obama and I might as well be the same person. We are about the same age and are fans of Stevie Wonder and loyal to our BlackBerrys, even in the face of ridicule. And we are both taking a final lap: he as President, I as a hands-on mother. Is it a victory lap? Never mind. Let’s just say that later this year he will say goodbye to his constituents and I will say goodbye to my 17-year-old as he heads off to college. And–I’m projecting here, Mr. President–we’re approaching this, our last year in control, with a mixture of sadness and tremendous relief.

Parenting and running a country have a lot in common. There are days when you wake up and wonder how you got into this mess–is it too late to say you were just kidding? Then you remember that you have bedrock faith in your people. Yes, they take all the credit when things go right and blame you when things go wrong. But you believe you understand what’s in their best interests better than they do, and that belief gives you purpose, not to mention the ability to get out of bed every morning.

Wouldn’t you agree, Mr. President, that it’s inconceivable we’ve reached the end of this long journey? It was so … so … what, exactly? There should be a phrase in English to describe an event that is both wonderful and the most excruciating thing you’ve ever experienced, like that nifty oxymoronic French term jolie laide for “beautiful ugly.” My son doesn’t know that French term, because I urged him to study Spanish back in middle school, in the days when he was still malleable and took my advice.

And now my son is like Congress, always rolling his eyes at me behind my back. I think I did the best I could with the tools at my disposal, in the precious time I had. But at a certain point you have to admit futility. I can’t speak for the presidency, but lame-duck motherhood looks like this: you spend more than a decade limiting your child’s sugar and caffeine intake and then watch, helpless, as your 17-year-old demi-man makes himself a cup of coffee (coffee!) for the walk to school and puts a Mount Kilimanjaro of sugar in it. And you realize, once again, that you are no longer in charge. He is bigger and stronger and sneakier than you are, plus he is constantly changing his passwords. You can’t control his sugar intake or choice of friends or the fact that he stopped taking Spanish in 11th grade. Unless you impose some sort of martial law.

Mr. President, I’m sure you would agree that we both tolerate healthy debate, because that is what democracy is all about. But don’t tell me it has never crossed your mind that a dictatorship might be more, shall we say, efficient. Congress and 17-year-olds used to actually respect authority. Now it’s all arguing with us, all the time. And if you are at all self-reflective, then self-doubt arrives, in what is supposed to be the victory lap. Is there anything we can do to make one final impact, to correct the countless mistakes we have made, quick, before the time runs out?

Of course, our constituents are focused on the next thing. We still represent something, but our titles are now basically in quotation marks. My approval ratings are about as bad as yours, Mr. President, but we can console ourselves with the knowledge that yours are better than George W. Bush’s were at this stage of his presidency and mine are better than those of a mother I know who won’t let her son play League of Legends until his fingers fall off.

Peter Baker recently wrote in the New York Times that Obama, as he prepared for his final State of the Union address, was at “the pivot point where he goes from priority setter to celebrity spectator in the contest for the future.” I personally try not to think about the future. Because then: off my son goes. Leaving me to hope that the memories of our years under one roof will be mostly good and that I’ve put both of us on the path to a solid future. I console myself with the possibility that, like a former Commander in Chief, I will become a celebrity spectator. After all, until the day he dies, we will keep calling Obama “Mr. President.” And until the day I die, hopefully my son will keep calling me “Mom.” 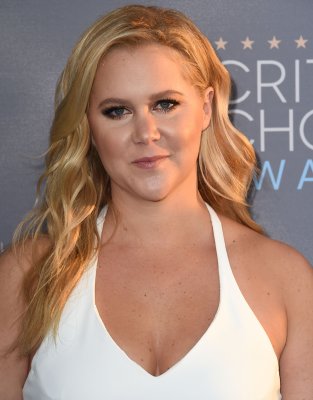 Amy Schumer’s Twitter Spat is a Lesson for Fathers and Sons
Next Up: Editor's Pick