A Fight for the Future of Evangelical Christianity at Wheaton

Larycia Hawkins, a Christian who is wearing a hijab over Advent in solidarity with Muslims, attends service at St. Martin Episcopal Church in Chicago on Sunday, Dec. 13, 2015.
Stacey Wescott—Chicago Tribune/Getty Images
Ideas
By Elizabeth Dias

As a school founded by Christian abolitionists on the eve of the Civil War, Wheaton College is no stranger to activism. But nothing in decades has riled the evangelical Illinois campus like the question of whether a professor committed heresy when she claimed in a recent Facebook post that Christians and Muslims “worship the same God.”

As a result, Larycia Hawkins will be tried by her school’s administration in coming weeks, a process that could end her tenure and expel her from campus. Much of the college community has rallied to her defense. One group of alumni sent 24 dozen roses to the provost’s office in protest. Some 800 graduates have signed a petition threatening to withhold future donations. Her fellow professors have been wearing their academic robes to class in protest, and the student newspaper ran a picture of Hawkins on its front page, wrapped in a hijab, the Muslim scarf.

Like many evangelical colleges, Wheaton–the alma mater of celebrity preacher Billy Graham–is seen as a bellwether for the faith, which finds itself at a crossroads. In a political climate that often links Islam and terrorism, some Republican presidential candidates are seeking votes by casting the fight as a religious one, and evangelical leaders are picking sides. “Islam is not a peaceful religion,” Franklin Graham, Billy’s evangelist son, wrote after the Paris attacks. Others urge interfaith outreach and dialogue.

“Evangelicals need to sort out what is theologically essential from what is theologically peripheral,” says Gary Burge, a New Testament professor at Wheaton. “My fear is that the political extremes we now see in our country, typified and exacerbated perhaps by Donald Trump, have now been baptized and brought into the evangelical world.”

Unlike professors at secular schools, the Wheaton faculty must sign a Statement of Faith every year, swearing to historic creeds and biblical principles of evangelical Christianity. The statement has never defined a relationship between Christianity and Islam, and there is long-standing theological debate among evangelicals about the views that the Bible allows. (The Illinois campus is unaffiliated with a Massachusetts liberal-arts school also called Wheaton College.)

Hawkins says her Facebook post was meant as nothing more than a statement of Christian solidarity at a time when Muslims faced a backlash after terrorist attacks in Paris and San Bernardino. “What is at stake for me is the integrity of my Christian testimony,” Hawkins tells TIME.

This is not the first time the question of proper Christian relations with Islam has been tested. In 2007, the year Hawkins was hired, some 300 Christian leaders–including Wheaton’s president and its provost, as well as pastor Rick Warren–signed a full-page ad in the New York Times defending shared love of God between Christians and Muslims. Some evangelicals, like Southern Baptist Theological Seminary president Al Mohler, protested, and Wheaton officials later removed their names. Wheaton’s president made clear at the time that he would not criticize other signers.

The latest fight is complicated by Hawkins’ unique position on campus as the only black woman with tenure in a school where the student body is only 3% black. The provost overseeing Hawkins’ expulsion trial originally said in a private email that Hawkins’ comments were “innocuous” but that they had created a public relations disaster for the college. After formally asking her to clarify her theological position, he moved to fire her.

Whatever the outcome of Hawkins’ case, the evangelical church is changing, and the school will find itself transformed by this fight. The next generation is simply more tolerant of diverse ideas on issues like marriage, homosexuality and Islam. “Jesus got accused of being friends with tax collectors and sinners. He goes to the margins, to people everyone else pushes out,” says Gene Green, another New Testament professor at Wheaton. “He’s really, really good. And Larycia was doing a good thing.”

TIME correspondent Elizabeth Dias is a graduate of Wheaton College, where she studied theology 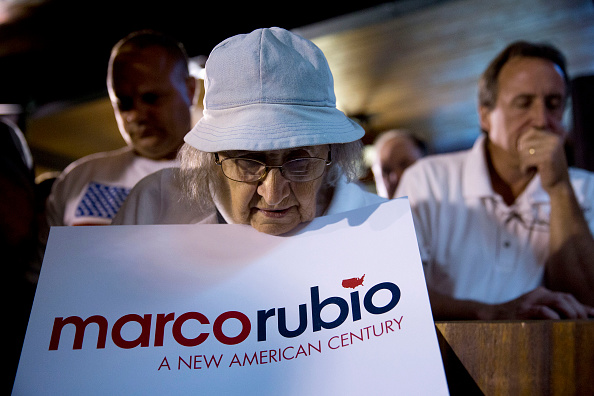 Rubio Boasts Endorsement of Controversial Theologian
Next Up: Editor's Pick