A handout frame grab from video footage published on the official website of the Russian Defense Ministry on Nov. 18, 2015, shows Russian TU-22M3 long-range strategic bomber based in Russia taking off for mission in Syria
Russian Defence Ministry Press—EPA
By Rishi Iyengar

Russia’s protracted aerial bombing campaign in Syria has resulted in significant setbacks for rebel insurgents as well as the Islamic State of Iraq and Greater Syria extremist group, according to a new report by Reuters.

The air strikes over the past four months have resulted in Syria’s authoritarian President, and Russian ally, Bashar Assad gradually regaining his grip on the country, with government forces recapturing the northwestern town of Salma in a major victory last week.

For ISIS, the military pressure is compounding a drop in oil prices that has severely dented the militant group’s smuggling operations and prompted it to slash pay for its fighters, Reuters reports. According to the Syrian Observatory for Human Rights, an independent monitoring group, close to 900 of the 3,000 people killed by Russian air strikes since September 2015 belong to the terrorist organization. 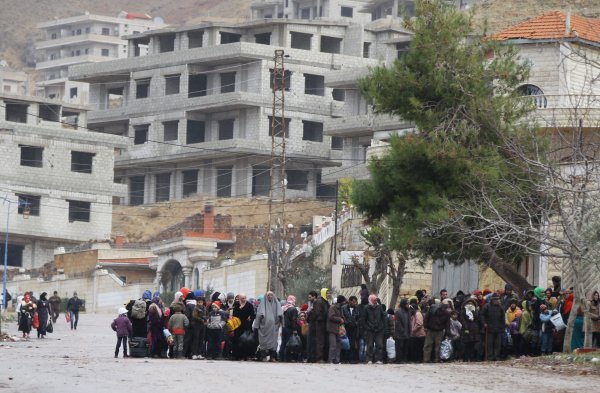 U.N. Chief Warns Syria Starvation Is a War Crime
Next Up: Editor's Pick