Sandra Bernhard: 'There's So Much More to Do In Flint'

I grew up in Flint. My father was a doctor, and he and his partner treated mainly workers from General Motors and the plants. Every body had great insurance, it was boom times, and there was a lot of investment in the town. One of the first McDonald’s was there and I remember when it opened. Flint was a small great American city that literally drove this country. Some time after my family moved out to Arizona in 1965, Flint slowly started to fall apart, and when GM pulled out in the 1970s, everything sort of went haywire.

Now we all know what a tragedy Flint is, how terribly sad. Forty percent of the residents live below the poverty line. And that’s not a big concern for the auto industry or for Wall Street. People don’t care about these towns when they’re not producing anything. But when industry goes away, people stay behind—they aren’t moving to California or Florida. They’re left behind. What do you do when there’s nothing there to sustain you?

I still have friends there, boots on the ground doing work with women in danger and prisoners and all the sorts of poverty from Flint’s fall out. When the water news came out, it was the straw that broke the camel’s back. But everybody hesitated a beat too long in their responses to it. Thanks to Dr. Mona Hanna-Attisha and the new mayor Karen Weaver, I feel like people are digging in there, but I don’t know what they’re going to do about infrastructure—the state is beaten and beleaguered, the lead is leaching. What’s going to happen long term? There’s so much more to do in Flint, above and beyond these immediate crises.

The average person in this country who cares about their fellow citizens is horrified and saddened. People are doing what they can, including donating to one of the local water distribution facilities, whether it’s five or 20 dollars. There are many ways to support the immediate situation, but my hope is that the goodwill will spill over into making Flint a livable place again.

Sandra Bernhard is a comedian and the host of Sandyland on Sirius/XM. 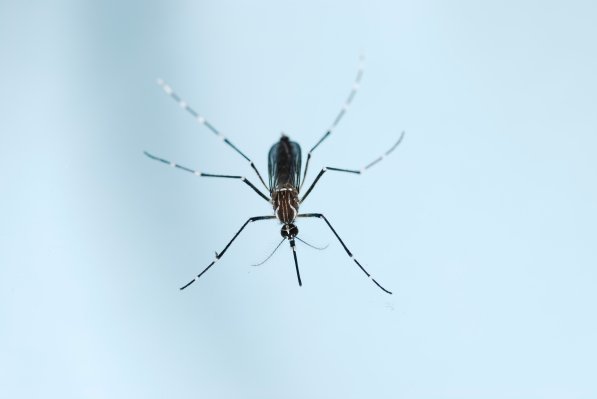 5 Things to Know About the Zika Virus
Next Up: Editor's Pick