Listen to a Rare Recording of Rosa Parks Telling Her Story

A photo and a hand written page that is part of a Rosa Parks archive during a press event at the Library of Congress James Madison Memorial Building, seen on Jan. 29, 2015 in Washington, DC.
Matt McClain—The Washington Post / Getty Images
By Lily Rothman

The life of Studs Terkel, an American broadcaster and historian, spanned most of the 20th century, and he spent many of those years chronicling just what it meant to be an American at that time. He is perhaps best remembered for his books of oral history, like Hard Times, but he also spent decades at the Chicago radio station WFMT, prompting his guests—who included the likes of Muhammad Ali and Betty Friedan—to tell the world their stories.

Now, WFMT Radio Network and the Chicago History Museum are creating an online archive of those recordings. When completed, it will make public about 9,000 hours’ worth of interviews and stories that aired between 1952 and 1997. Though a smaller pre-existing Studs Terkel Radio Archive is already available to browse, a new Kickstarter campaign launching on Thursday is meant to fund the digitization and transcription of many more interviews that were preserved on reel-to-reel tape, as well as the creation of a tool that will allow users to remix the audio.

One of those conversations was a 1973 discussion with Rosa Parks and education and civil-rights leader Myles Horton. For more than four decades, it has been hard to access and thus rarely heard by the public. A fresh streaming version of that interview, available exclusively on TIME.com, can be heard in full below. Around minute 4:18, Parks begins telling her version of what happened on the fateful day in 1955 when she was arrested for refusing to give up her seat on a Montgomery public bus:

“As far back as I can remember myself, I had been very much against being treated a certain way because of race, and for a reason that over which I had no control,” Parks said. “We had always been taught that this was America, land of the free and home of the brave, and we were free people, and I felt that it should be… in action rather than something that we hear and talk about.” 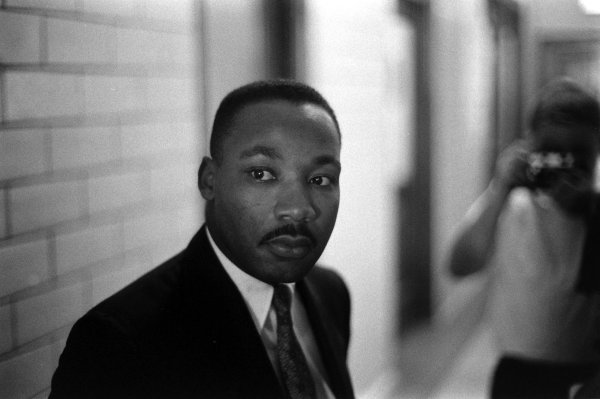