This Is the First Vine Ever Shared

In light of Vine’s third birthday, which the social network celebrates on Jan. 24, take a look back at the clip that’s known as the first Vine ever shared. On the next day, Twitter introduced Vine as a new way to share video in six seconds or less.

On Jan. 23, 2013, Dick Costolo, the then-CEO of Twitter, tweeted a six-second video of someone preparing steak tartare at Les Halles, a French restaurant in New York City.

Vine co-founder Dom Hofmann also tweeted at the time: “After a week of salad, I’m craving steak tartare at 11 in the morning.” Hofmann can’t remember why he had only been eating salad for a week (“may have been a New Year’s resolution,” he says now). When asked why he chose steak tartare prep to demonstrate the app, he said, “Personally, I was on a steak tartare kick at that time.”

The “first-ever” clip uploaded to Vine was also filmed in New York City and showed three shots of the southbound M train inside the 23rd street subway station. But Hofmann, now the CEO of Byte, an app for making collages with photos and videos, admits, “Sadly, it’s lost.” 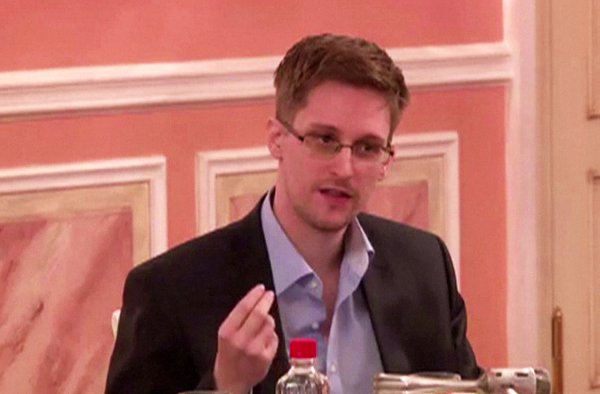 Of Course Edward Snowden Had the Perfect Snow Pun
Next Up: Editor's Pick