As a campaign surrogate, Lena Dunham doesn’t hold back. During a recent push for Democratic presidential candidate Hillary Clinton in Iowa, the actress and writer wore her support on her sleeveless.

The star of Girls wore a 1960s-style shift dress with the word “Hillary” and blue stars screenprinted across it.

As unusual as the dress was, its inspiration was even more unlikely: A dress made to support Republican candidate Richard Nixon’s 1968 bid for the White House.

Clothing designer Kristine Karnaky, who sells her designs under the name MissKK, said in an email to TIME that she was commissioned by Dunham stylist Shirley Kurata to make the dress.

Yes, that’s right, paper. The original dress, as detailed by Smithsonian magazine, was made by Asheville, N.C.-based Mars as part of a late 1960s fad for disposable clothing that even extended to a dress for fans of TIME.

According to the Smithsonian, the original dress label included this note, which may explain why the fad ended: “This material is fire resistant unless washed or dry cleaned, then becomes dangerously flammable when dry.”

For that reason, Kurata chose a different material, opting for organic cotton and a hand-printed screen with water-based ink.

The design did the trick, getting notice online even from a satirical account that tweets in the voice of Nixon. 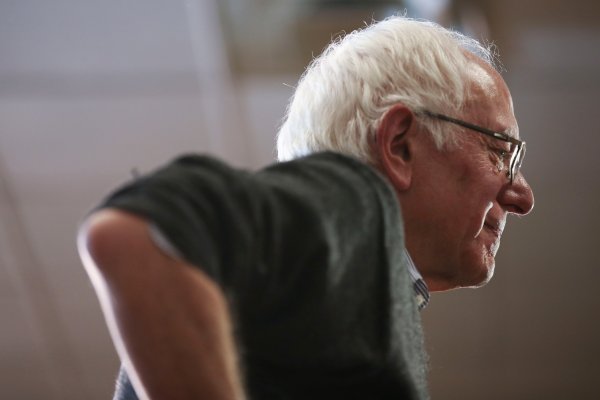 Bernie Sanders Does His Own Laundry (and Grocery Shopping)
Next Up: Editor's Pick