Online Campaigns Encourage Women to Speak Up About Their Abortions

“I was 29, I was living in Seattle, I was in graduate school, I was dating someone, and that’s really all I have to say about it.” That’s how Amelia Bonow describes her abortion. “It was never a question. I got pregnant and I was like, ‘Well, alright, I guess I’m having an abortion.”

It’s not a particularly dramatic or heart-wrenching story, and that’s her point. Bonow is the leader of the #ShoutYourAbortion movement, an online grassroots campaign to get ordinary women to discuss their abortions as a way to fight back against what she calls a “culture of fear” created by anti-abortion activists. “The right has just had us on the ropes forever,” she said, noting that so many abortion narratives are full of justifications and self-flagellation. “People are ready to be less passive in the way they vocalize their feelings about their own experiences, and their anger about what this country is trying to do to women right now.”

#ShoutYourAbortion is only one of several new pro-abortion campaigns leading up to the 43rd anniversary of Roe v Wade on Friday, as reproductive rights activists look ahead to Whole Women’s Health v. Cole, a potentially major Supreme Court case on Texas abortion restrictions, scheduled be decided this spring.

There’s the 1 in 3 campaign from adolescent sexual health organization Advocates for Youth, which hosted a six-hour livestream Tuesday featuring former Texas state Sen. Wendy Davis and Daily Show creator Lizz Winstead discussing their own abortions and the importance of discussing them. (Bonow helped moderate the 1 in 3 campaign panel, named for a statistic from the Guttmacher Institute that finds nearly 1 in 3 women will have an abortion in their lifetimes.) There’s also a new series of videos from the Center for Reproductive Rights’s Draw the Line campaign, featuring actresses such as Elizabeth Banks, Retta and Bellamy Young voicing personal abortion testimonials from anonymous contributors. And although they’re not affiliated with pro-choice organizations, TV shows like Scandal and Shameless have aired major pro-abortion episodes in the last six months.

“I think that we’re seeing an enormous outpouring of women willing to talk about their own abortion stories, because they’ve realized that with the upcoming Supreme Court case, the future of reproductive protections are at stake,” says Nancy Northup, president of the Center for Reproductive Rights, which has supported at least one of the campaigns. “We’re not going to lose our rights because you’re trying to bully and shame us into silence, we’re not going to do that anymore.”

More than a thousand abortion restrictions have been enacted on the state level in the 43 years since Roe v. Wade, but 27% of those have passed in the last five years (288 restrictions, to be exact, according to the reproductive health think-tank the Guttmacher Institute.) In Whole Womens Health v. Cole, abortion providers argue that the restrictions would close 75% of Texas clinics, and the Supreme Court case will decide whether that constitutes an “undue burden” on patients.

Some women are even publicly describing their own abortions in an explicit attempt to sway the court’s decision, not just change the conversation. In January, 113 prominent female lawyers filed an amicus brief to the U.S. Supreme Court, in which they stated that they “would not have been able to achieve the personal or professional successes they have achieved were it not for their ability to obtain safe and legal abortions.” One anonymous lawyer wrote: “To the world, I am an attorney who had an abortion, and, to myself, I am an attorney because I had an abortion.” Signers included prominent attorneys, law professors, public defenders, and even a former justice of the New York state Supreme Court. Elected officials such as Ohio state representative Teresa Fedor, former Nevada state representative Lucy Flores, and former Texas Senator Wendy Davis also filed similar brief about their own experiences with abortion.

Read More: The Hardest Speech: Lawmakers Speak Out About Their Own Abortions

That’s part of a targeted legal strategy to persuade a divided court by specifically appealing to Justice Anthony Kennedy, who is widely considered to be the Court’s swing vote on social issues. Kennedy once wrote that he was concerned that “some women come to regret their choice to abort the infant life they once created and sustained.” The amicus brief and the testimonials and hashtags all seem designed to convince Kennedy that the opposite is true. “They’re decisions they take seriously, but not a decision they regret,” as Northup puts it, calling the idea that many women regret their abortions a “fiction.”

Every anniversary of Roe v. Wade inspires a certain amount of renewed interest in abortion rights, and none of these grassroots campaigns are particularly unprecedented. But the upcoming Supreme Court case, in which the court will decide whether the hundreds of abortion restrictions passed on the state level constitute an “undue burden” on patients, has turned up the volume on the issue. Faced with the possibility that the state restrictions will be upheld and other women may find themselves without easy reproductive access, the abortion testimonials have taken on a new tinge of anger and desperation.

“There is something changing in the culture, it’s undeniable,” Bonow says. “There has got to be some edge in our collective voice. We can’t fight fire with apologies, and silence and shame.” 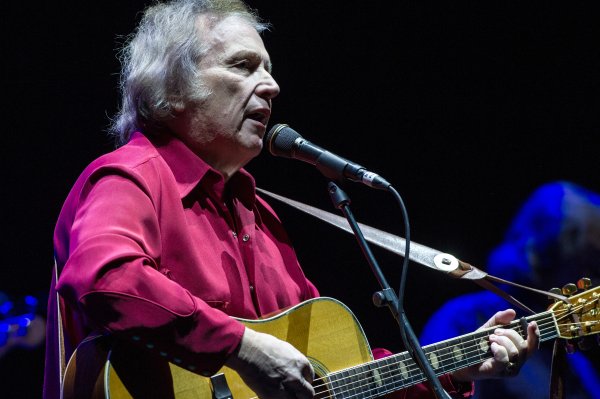 Don McLean Speaks Out About Domestic Violence Arrest
Next Up: Editor's Pick