A 3-year-old New Orleans boy was killed Wednesday after a gun that was underneath a pillow discharged and struck him in the chest, police said.

The child, whose identity was not released, was in bed with his sleeping 42-year-old grandmother, Deonca Kennedy, when he was fatally shot about 2 a.m., according to the New Orleans Police Department.

Kennedy, a security guard, was the only other person home at the time of the shooting, according to authorities and The Times-Picayune. She was taken in for questioning at NOPD headquarters, where police say she “refused to give a statement or cooperate with detectives.” She was later booked on charges of negligent homicide, second-degree cruelty to a juvenile and child desertion, the NOPD said.

Her grandson was rushed to the hospital Wednesday but could not be saved, police said. 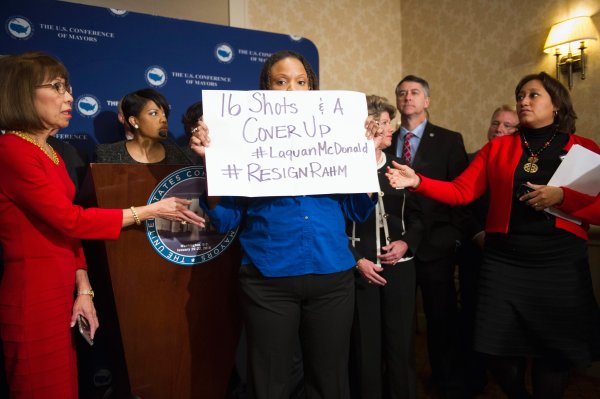