El Chapo Shows the Folly of the War on Drugs

Joaquin Guzman, the world's most wanted-drug trafficker, center, is escorted by Mexican security forces at a Navy hangar in Mexico City, Mexico, on Jan. 8, 2016.
Bloomberg via Getty Images
Ideas
By Jeffrey Miron

Jeffrey Miron is a professor of economics at Harvard University and director of economic studies at the Cato Institute.

It might seem easy to dismiss the buzz over the recent capture of “El Chapo” Joaquín Guzmán and Sean Penn’s interview with him in Rolling Stone as obsession with the notorious drug kingpin or fascination with a Hollywood icon like Penn. Yet hype aside, El Chapo’s capture, Penn’s interview and the subsequent coverage draw crucial attention to the folly of the War on Drugs.

On the fundamental question of whether drug prohibition makes sense, El Chapo seems to understand the issue well. When Penn asks: “What is the relationship between production, sale and consumption?” Guzman answers: “If there was no consumption, there would be no sales. It is true that consumption, day after day, becomes bigger and bigger. So it sells and sells.”

Guzman has it exactly right: demand incentivizes supply. As long as consumers want drugs, markets will produce and sell them. If drugs were legal, this would occur as in other industries, but since drugs are outlawed, the market stays underground. Prohibition likely reduces drug use to some degree, but available evidence suggests a modest impact. The Netherlands and Portugal, for example, have far laxer drug laws than the U.S. but use rates that are similar or lower.

Regardless of any reduction in use, prohibition and the resultant black markets generate numerous adverse consequences. The incredible rates of violence and corruption in Mexico and other countries where drugs are sourced result directly from the attempt to suppress the drug trade, and much violence in the U.S. reflects disputes over drug territory or drug deals gone bad. Accidental overdoses from heroin and other drugs occur in large part because users in underground markets have poor information about the dosage they are consuming. Elevated law enforcement costs (roughly $50 billion per year in the U.S.), as well as policies like stop-and-frisk that inflame racial tensions and infringe on civil liberties, also flow directly from drug prohibition. Limitations on the use of marijuana as medicine are another troubling side effect of the drug war.

On the narrower question of whether targeting drug kingpins stems the flow of drugs, Penn’s question and Guzman’s response are revealing. Penn asks: “Do you think it is true you are responsible for the high level of drug addiction in the world?” Guzman says: “No, that is false, because the day I don’t exist, it’s not going to decrease in any way at all.”

Taking kingpins out of circulation will likely have no impact on the drug trade. When a kingpin is captured or killed, lieutenants step in, or the kingpin runs the operation from prison, or other suppliers make up for any disruption in the deposed kingpin’s operation. Pablo Escobar, who preceded El Chapo as the most notorious kingpin, died in 1993 with no visible impact on drug availability in the U.S. El Chapo himself was captured and imprisoned in 1993, but his brother ran the drug empire in his place. Throughout this period, drugs like cocaine and heroin became cheaper and cheaper.

In fact, targeting kingpins is one of the worst possible drug war strategies, since it appears to spur violence as lieutenants fight to secure the positions, territories and markets previously controlled by a killed or captured kingpin. In a recent research brief for the Cato Institute, Jason Lindo and María Padilla-Romo of Texas A&M University discuss their finding that the capture of a kingpin from a particular municipality causes that city’s homicide rate to increase by 80%. This escalation in violence persists for at least 12 months and even spreads to other cities served primarily by that drug organization. Independent research out of Stanford University finds a similar effect.

In Penn’s recent interview with Charlie Rose, Penn worries that his interaction with Guzman might fail to prompt discussion of the Drug War’s disastrous consequences, since public attention seems focused on the sensational and celebrity aspects of these events. That would be unfortunate: the U.S., now more than ever, must have a renewed conversation about the Drug War, and how to end it.

One approach to reform is state-by-state liberalization of drug laws, as has occurred increasingly in recent decades for marijuana. This constitutes genuine progress, but it runs into enormous conflict with federal prohibition. The ideal reform, therefore, would repeal federal prohibition while leaving states free to choose their own drug policies. This approach would de-escalate the drug war dramatically but allow for the differences in perspectives across states that is the core of our federalist system of government. 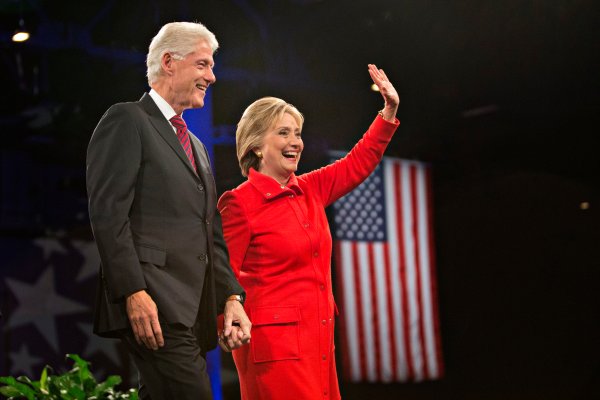 Why This Democrat Won't Vote for Hillary Clinton
Next Up: Editor's Pick