A giant soft-shell turtle (Rafetus swinhoei), considered a sacred symbol of Vietnamese independence, is guided into a cage for a health check at Hoan Kiem lake in Hanoi, on April 3, 2011.
Vietnam News Agency/AFP/Getty Images
By Victor Luckerson

A celebrated giant turtle that the Vietnamese viewed as sacred has died, according to state media. The 440-lb. reptile was thought to be more than 80 years old and was one of only four Yangtze giant softshell turtles still alive. It was found dead in a lake in central Hanoi Tuesday.

Turtle researcher Tim McCormack said the animal was “one of the rarest species on the planet.” He estimated that it was “easily” over a century old.

Vietnamese mourned the death of the turtle on social media sites. The giant reptile is part of a national fable taught to schoolchildren about a turtle that gave a magic sword to Le Loi, a 15th-century fighter who defeated Chinese attackers.

Government officials have not yet decided what to do with the turtle’s body and are considering embalming it, according to state media. 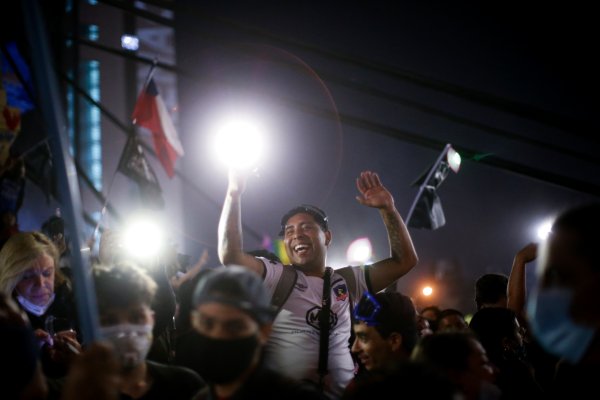 Chilean Voters Back Rewriting Their Constitution
Next Up: Editor's Pick