This Man Is Using Frozen Pants to Deal With Winter

A Minnesota man is pranking his town by placing upright frozen pants around Minneapolis. Tom Grotting is soaking pants in a bucket of water only to place out in Minnesota’s notoriously cold weather, making it look like the trousers have run amok. He’s been pulling the prank ever since the Polar Vortex left Minneapolis with unbearably frigid temperatures in 2013. In the years since, he’s become famous in his neighborhood for the joke, which cheers up miserably cold friends.

Now the prank has gone viral and others are getting in on the act. “All over Northeast Minneapolis, people are freezing their pants,” Grotting told ABC News. The phenomenon has even spread to Ohio and beyond. “I mostly do it for my neighbor, Diane,” he said. “The winter gets a little long and she doesn’t like winter very much so it’s mostly entertainment for Diane.” 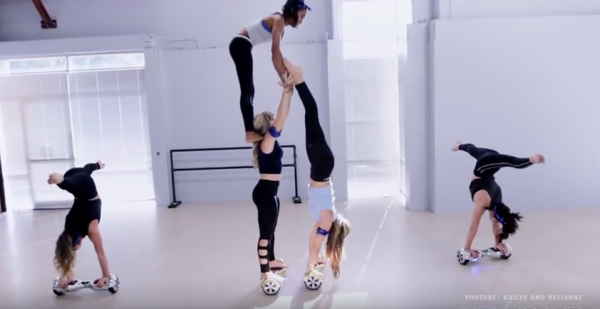 Watch Acrobats Do a Fearless 'Hoverboard' Dance to Justin Bieber's 'Sorry'
Next Up: Editor's Pick