How Germany Got a Holocaust Remembrance Day

Some of the 2,711 polished marble blocks at the Memorial to the Murdered Jews of Europe, in Berlin, are seen on Jan. 27, 2015
Carsten Koall—Getty Images
By Lily Rothman

On the 50th anniversary of the liberation of Auschwitz on Jan. 27, 1995, many in Germany used the occasion to remember the horrors of the Holocaust. But the day itself had no official name or sanction.

That changed the following year—exactly 20 years ago Wednesday—when Germany became the first European country to declare the date as an official day of remembrance for the victims of Naziism.

In her book History, Memory, and Trans-European Identity, Aline Sierp suggests that the timing of Germany’s decision to make the day official was linked to its recent reunification. With the Cold War still fresh, the newly joined East and West aimed to show the world that it was a modern nation willing to reckon with its dark history under both Naziism and Communism. Sierp notes that it’s unusual for a nation to establish an official day of remembrance for a negative part of its history, but then-President Roman Herzog said, in proclaiming the observance, that the day “must continue to remind future generations to be vigilante” and to “find a form of memory that reaches towards the future.”

Not everyone was satisfied that the day of remembrance did enough to honor the victims—as Reuters reported at the time, some German Jews were upset that Parliament observed the day during a session on Jan. 19 rather than convening specially on Jan. 27. But Germany’s move to commemorate the day did help inspire others to do the same.

About a decade after Germany’s first Tag des Gedekens an die Opfer des Nationalsozialismus, the United Nations designated that same day as an International Day of Commemoration to remember the victims of the Holocaust. The event was first marked at U.N. headquarters in 2006. 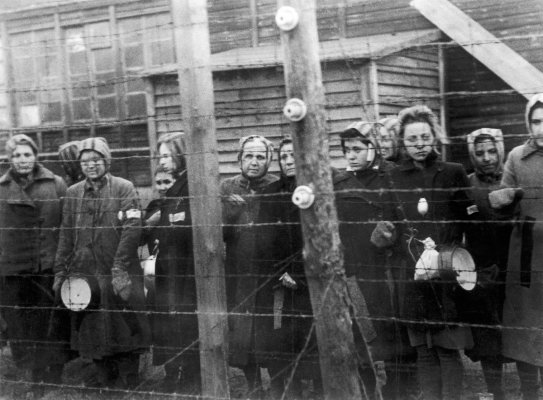 Remembering the Women of Ravensbrück Concentration Camp
Next Up: Editor's Pick