Ethanol Is No Longer the Third Rail of the Iowa Caucus

For years, presidential candidates of either political party hoping to succeed in the Iowa caucuses knew there was one policy they had to support: the ethanol subsidies that support the state’s corn industry. In 2008 Barack Obama, then a senator from Illinois, stacked his campaign with advisors closely connected to the industry and declared ethanol production essential to national security. He won Iowa, beginning his unlikely path to the White House. Obama’s eventual Republican rival Senator John McCain, already on the record opposing ethanol subsidies, simply skipped campaigning in Iowa, well aware his position on ethanol made his candidacy there untenable. Former Arkansas Governor Mike Huckabee—who called for increased investment in the energy source—won the state’s nominating contest.

Yet in the 2016 campaign, ethanol isn’t what it used to be. Texas Senator Ted Cruz, one two Republican frontrunners in the state, is an adamant opponent of ethanol subsides, part of his broader opposition to government subsidies for energy. Even though the state’s GOP establishment figures have sought to take Cruz down—at least in part because of his stance on ethanol—he remains a strong contender, if not the favorite, in the first primary of the nation.

Iowa is an agricultural state, but it has become increasingly urban in recent years, and job growth has depended less and less on ethanol. (Ethanol—a biofuel mixed with gasoline to powers cars—is primarily made from corn, which is a major crop in Iowa). Plummeting oil prices and new domestic production have reduced the urgency of developing ethanol as an alternative fuel source, and recent research has suggested that ethanol may actually harm the environment more than the fossil fuels that it replaces. One study found that using corn-based ethanol resulted in 20% greater greenhouse gas emissions than gasoline. A report from the non-partisan Congressional Budget Office shows widespread inconsistency in research and calls the effect of policies in support of ethanol on emissions “highly uncertain.”

Those shifts have made it much easier for a candidate like Cruz to get away with what would have been unthinkable less than a decade ago. “If you didn’t bow down to corn you were an apostate,” said Iowa State economics professor David Sweson. “It’s still important, but it’s not the same kind of make or break issue that it was then.”

The ethanol industry in Iowa began to take off in the 1980s as farmers looked for an alternative market for their crops after a farm crisis in the U.S. led to widespread foreclosures. Energy experts at the same time thought that corn ethanol could provide a domestically produced alternative transportation fuel to oil in the face of rapid price fluctuations and a growing dependence on foreign crude. By the 2000s, growing concerns over how fossil fuels like oil contribute to global warming led to hope that ethanol might be greener and politically more secure source of fuel.

The federal government provided generous subsidies for ethanol from the 1980s to 2011 with those considerations in mind. The tax incentive, estimated to cost taxpayers $6 billion annually when it expired, provided a tax break to gasoline refiners who used ethanol produced in the U.S. And while those direct subsidies have ended, the Renewable Fuel Standard (RFS) continues to require that gasoline sold in the transportation sector blend ethanol with petroleum, which acts a de-facto subsidy.

But the desire to turn ethanol into a viable alternative energy source has cooled in recent years as scientists have questioned ethanol’s green image and the U.S. has been able to produce more of its own oil largely thanks to advances in fracking. Environmentalists still hold out hope for so-called second-generation biofuels, which would be composed of inedible parts of corn and other other plants, but problems persist when they try to bring the practice to scale, said Christopher R. Knittel, an MIT professor of energy economics. “The industry still says [second-generation biofuels] are viable. The joke is that it’s always five years away.”

Iowa voters are aware that the fracking revolution has changed the need for ethanol. They’re also less likely to earn their livings on corn farms that benefit most directly from ethanol subsidies. Numbers vary, but research has shown that the ethanol industry supports at most tens of thousands jobs in a state of 3.1 million. And Iowa still has a healthy economy, with unemployment at just 3.4%. “The idea that you show up in Iowa and you have this shack of an airport and a farmer tending the field is a stereotype,” says Dennis J. Goldford, a professor of political science at Drake University in Des Moines.

That doesn’t mean there isn’t still plenty of pressure on candidates to support policies to help prop up ethanol. America’s Renewable Future (ARF), an ethanol industry advocacy group, argues that it’s too soon to give up on the fuel source. “It was not the most efficient process in the beginning,” says Patty Judge, a former Iowa secretary of agriculture and co-chair of ARF. “But it has constantly been refined, we do it better and better, more efficiently every year.” Pro-ethanol groups are unsurprisingly more more likely to cite studies that show ethanol use resulting in lower greenhouse gas emissions when compared to oil.

Most other prominent candidates—like billionaire Donald Trump and Senator Marco Rubio—still support at least some federal assistance for ethanol, and ARF has spent most of its energy targeting Cruz. There may be an effect—the senator’s hard opposition to RFS has softened. Instead of calling for its immediate repeal, as he did in 2013 when he sponsored a Senate bill to that end, he now says the measure should be allowed to expire in 2022. (It seems the real switch in position came last year when Cruz introduced a bill calling for a gradual phase out of RFS just days before he launched his presidential campaign).

“He is actually pro ethanol, as part of a pro-energy strategy,” said Rick Tyler, a spokesperson for the Cruz campaign. But “the government can’t decide that ethanol has an advantage over any other fuel source.”

That shift in support to a gradual phaseout wasn’t enough for the Republican governor of Iowa, Terry Branstad, who recently said that he wants Cruz to lose at least in part because of his stance on ethanol. Trump, Cruz’s closest competitor in polls, has expressed support for increasing the amount of ethanol required in the fuel mix under the RFS, which would be a boon to the industry.

“Ted Cruz is ahead right now,” Barnstand told reporters at an event earlier this month. “What we’re trying to do is educate the people in the state of Iowa. He is the biggest opponent of renewable fuels. He’s heavily financed by Big Oil. So we think once Iowans realize that fact, they might find other things attractive—but he could be very damaging to our state.”

But the noise over ethanol may make little difference when it comes time for Iowans to vote on Feb. 1. While the vast majority of Iowa voters approve of policies that support the state’s ethanol industry, the issue doesn’t rank among their top three concerns.

“I don’t hear anything at all about a single issue voter,” says Goldford. “Ethanol may be one of them, but people have a lot of other fish to fry.” 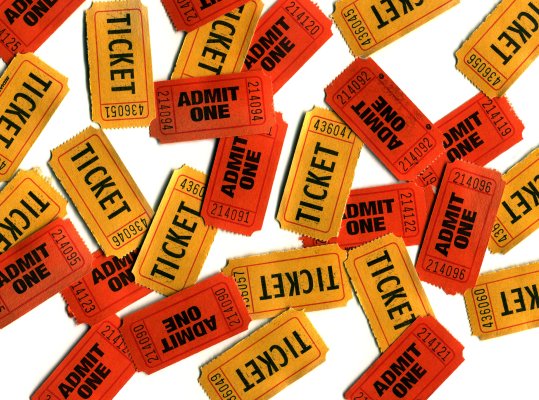 Here's Why It's So Hard to Get Tickets at Face Value
Next Up: Editor's Pick