3 Things You Need to Know About Vietnam's Communist Party Congress

Politics in Vietnam is normally a predictable affair, with any changes in the communist country’s leadership structure decided long in advance of the dry National Party Congress that has taken place every five years since the end of the Vietnam War.

But with the 12th Congress set to open on Thursday, speculation abounds about what the outcome of the meeting will be. There have been high-level leaks, denunciations and even rumors of an imminent coup. Whoever is chosen to fill the two top posts of general secretary and Prime Minister will determine which path the country takes at a crucial time. Here are three things to bear in mind.

1. The Communist Party is not of one mind
The incumbent general secretary, Nguyen Phu Trong, and Prime Minister Nguyen Tan Dung are both supposed to step down from their positions at this year’s congress, but observers say there is an intense rivalry between the two. The more senior Trong is said to have blocked, with the support of the elite 16-member Politburo, Dung’s plan to ascend to the top-ranking general-secretary post.

However, according Vietnam watcher Jonathan London, the party’s Central Committee, which has 175 members, has, in the run-up to the congress, showed signs that it won’t recognize a list of candidates — not including Dung — that has been put forward.

“The central committee, in other words, is claiming real authority in nominating and approving candidates,” London, a professor at the City University of Hong Kong, wrote in the Diplomat. “All of this sets the stage for a contest of wills for which there is decidedly no script.”

2. Anti-Chinese sentiment is now a major political force in the country
Dung, who has been Vietnam’s Prime Minister since 2006, is regarded as a modern politician ready to increase freedoms in highly restrictive Vietnam, and liberalize the economy. But he has also gained domestic popularity for his strong condemnation of China’s actions in the South China Sea, where Vietnam and its larger northern neighbor both claim sovereignty over some waters and islands.

“To his supporters, [Dung] is Vietnam’s most eloquent statesman, a reform champion, and a patriot keen to end Hanoi’s deference to Beijing,” wrote London. “Indeed, Dung projects a public commitment to market liberalizing reforms and a willingness to expand freedoms ‘in accordance with the law.'”

3. The outcome could impact regional geopolitics and Vietnam’s growing ties with the U.S.
Dung has been a driving force behind Vietnam’s increasing rapport with the U.S., although there appears to be a level of consensus within the party over having America as a friend. Trong, on the other hand, is a more conservative force and is seen as pursuing policies more aligned with China’s interests, meaning that the result of this week’s congress could have knock-on effects for a region where the U.S. has sought to expand its influence recently.

The South China Sea remains a tense issue in the region, and Vietnam on Tuesday accused China of once again deploying an oil rig in waters close to the Vietnamese coastline. In 2014, riots raged across the country after China made a similar move. Foreign-owned factories seen as representing Chinese business interests — although many were in fact Taiwanese-owned — were ransacked and looted in the protests. 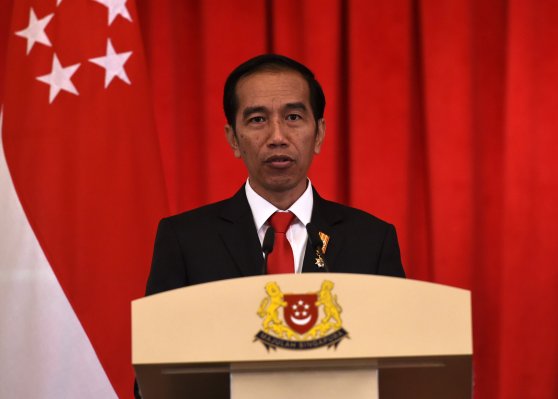 Is Indonesia the Middle East's New Mediator?
Next Up: Editor's Pick