Audiences may have already caught a brief glimpse of this year’s DC Comics release Suicide Squad after a teaser leaked at Comic-Con last July, but the “worst heroes ever” (in their own words) can finally be seen in action in the movie’s first official trailer that debuted Tuesday night.

The trailer, released during the CW special DC Films Present The Dawn of the Justice League, shows the nefarious outfit assembled by Viola Davis’ character Amanda Waller — including Will Smith as Deadshot, Cara Delevingne as Enchantress and Margot Robbie as Harley Quinn — coming together to counter a major threat.

Fans also get to see a bit more of Jared Leto’s maniacal rendition of the infamous Joker, who makes several appearances in the trailer’s second half.

The film is slated for release on Aug. 5 this year. 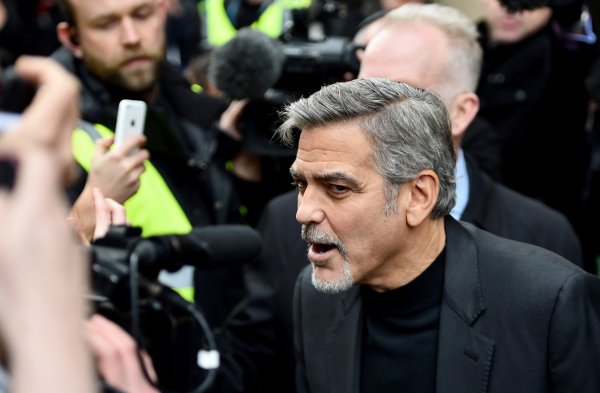 George Clooney Speaks Out on Oscars Diversity: 'We Are Moving in the Wrong Direction'
Next Up: Editor's Pick