The Presidential Race Is Now a Reality TV Primary

When Donald Trump wanted to shore up his credentials with conservatives, he turned to a former Alaska governor better known in recent years for shooting caribou on TLC. Trump’s Republican rival Ted Cruz, snubbed by Sarah Palin and knocked by Iowa’s governor just days before the state’s critical caucuses, responded with a new ad featuring his own TV hunter: Duck Dynasty’s Phil Robertson saying a primary qualification for presidential office is, “Would they kill a duck and put him in a pot and make him a good duck gumbo?”

Even Marco Rubio, who’s competing to emerge as the establishment-favored alternative to Trump and Cruz, has campaigned with Rick Harrison of Pawn Stars, the History channel show about a family-run pawn shop in Las Vegas.

The Reality TV Primary is here, and it’s 2016’s top-rated show. The intersection of politics and entertainment—not a new phenomenon—has reached its zenith in the weeks before voting in the presidential race begins. Trump, a reality TV personality in his own right with a showman’s skill at homing in on and mocking his opponents’ soft spots, remains a Republican front-runner despite pundits’ many predictions of his downfall. And some people involved in television’s most successful reality shows say this election is simply the culmination of what politics has always been: the original reality TV show.

“I think it’s always been there, but this year’s campaign is definitely different,” said Jeff Probst, host of the long-running reality TV show Survivor. “This year does seem to be unique in that, at times, it does feel as though we’re watching a reality show and not a presidential campaign, and I don’t ever remember feeling that way.”

He said the debates, which have set ratings records, are indicative of the entertainment value in the political contest.

“That can’t be because we’re all super interested in changing our country,” Probst said of the millions of viewers tuning in to the televised slugfests. “Part of it has to be the promise of the great story that’s about to be told to us, the public spectacle we’re going to witness.”

It’s easy to see in Palin and Trump’s alliance a parallel to those formed on Survivor, where allegiances are created to, well, survive, even if they’re quickly jettisoned when they lose their utility. Both Palin and Trump aren’t out to make friends—they’re out to win. And they both won in Palin’s endorsement rally on Tuesday, with Trump enjoying the boost of her anti-establishment bona fides, and Palin enjoying a slice of his spotlight—a spotlight that has moved past her in recent years.

“Better than anyone, isn’t he known for being able to command—fire!” Palin said as Trump stood beside her, motioning to a cheering audience with the “you’re fired” gesture he became known for on his show The Apprentice. “Are you ready for a commander-in-chief who is ready to go do his job and kick ISIS’ ass?”

Cruz, meanwhile, sounded like a soon-to-be-rejected Bachelorette contestant before Palin’s endorsement, praising his potential suitor just before he’s kicked off of the show.

“I love [Sarah Palin.],” Cruz said Tuesday on Twitter as rumors of the imminent endorsement circulated. “Without her support, I wouldn’t be in the Senate. Regardless of what she does in 2016, I will always be a big fan.”

And just like reality TV, the camera is always on.

“For six months, there’s been embedded reporters with news cameras covering every moment of the campaign based out of Iowa,” said Craig Robinson, a former political director of the Iowa Republican Party who now watches the campaign from the other side of the media-political divide, as editor of The Iowa Republican. “Everything happens in front of a camera now—whether that’s Survivor or Big Brother, I don’t know.”

Robinson said it’s not that candidates are necessarily similar to contestants, but that modern news coverage can feel like reality TV.

“Everything they say is up on air, and it can be very embarrassing,” he said. “That happens in presidential campaigns, and it’s a double-edged sword where being a little outrageous can get you attention, but it can also be the death of you.”

Trump may be the most successful reality-star-turned-politician to date, but he’s far from alone. Wisconsin Republican Rep. Sean Duffy was one of the contestants on MTV’s The Real World, a background he’s used to help promote some of his political causes. Clay Aiken, a popular runner-up on American Idol, ran unsuccessfully for Congress in 2014, asking voters to learn about who he was before he got his “golden ticket.” And as the new host of the spinoff show Celebrity Apprentice—he replaced Trump—Arnold Schwarzenegger has now forged a path from actor to California governor to reality star.

The trend is not limited to Republicans. Democratic front-runner Hillary Clinton posed for a selfie with reality TV star Kim Kardashian, and got a supportive tweet from Top Chef host Padma Lakshmi.

Surya Yalamanchili, a former contestant on The Apprentice who later ran for political office in Ohio, said Trump’s experience with the spotlight has helped his campaign.

“Trump got his apprenticeship in politics from The Apprentice,” said Yalamanchili, who is now writing a book about the candidate.

And Yalamanchili credited his own experience on the show with teaching him how to handle public scrutiny and dish out soundbites.

“With editing on reality TV, there’s no nuance. People are caricatures of who they are, and that’s the same in politics,” he said. “I think that Trump recognizes that politics will always turn you into a caricature of yourself, and I think he does it to himself before the media can do it him.” 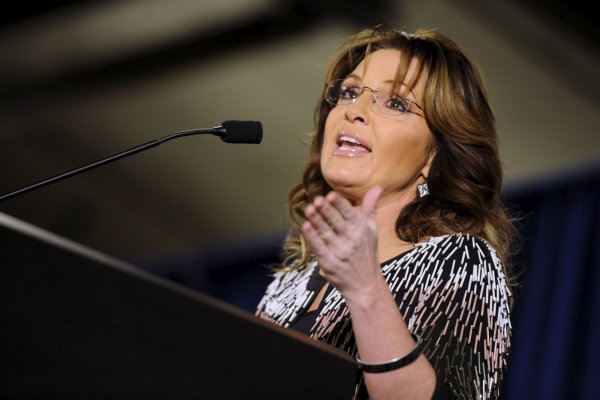