I first met Glenn through John David Souther—they had a duo called Longbranch Pennywhistle. I hired Glenn for my tour to replace Bernie Leadon, and I hired Don Henley, too, who I’d also seen play at the Troubadour. We weren’t making enough money to afford hotel rooms for everybody, so everyone had to double up, and he and Don were roommates. They wanted to form a band, and we told them we’d help until they got a record deal—they could play backup until then. I suggested Bernie Leadon to Don and Glenn, and my manager John Boylan suggested Randy Meisner. That’s how the Eagles were formed. We introduced them.

I believe the last thing Glenn and I ever played together was “Take It Easy,” on a Dick Clark New Year’s Rockin’ Eve. But I definitely remember the first time I ever played with him. It was at Disneyland, and Smokey Robinson was there too. I had a massive, massive crush on Smokey. Glenn, being a Detroit boy, of course loved his music. There were long breaks between shows, so we would play cards, and Glenn kept beating him. I said, “Stop winning or Smokey’s not going to like us!” Glenn was a great poker player—a little bit better at hearts—and he always won.

Our musical milieu back then was the Troubadour crowd—Joni Mitchell, Neil Young, Carole King, Crosby Stills and Nash. Serious business. If you screwed up and did something uncool, well, that was not good. Glenn was kind of shy and insecure, and it took a lot of courage to throw your music down in that ring, but he wasn’t afraid to step up and take his chance.

He had a clear idea of the story he wanted to tell, and he could tell it by just digging into his guitar. He had plenty of talent, but he also had raw nerve and gumption. There are a lot of pushy people out there who have nothing to back it up—like Donald Trump. But Glenn knew when to make his move. He was incredibly brave. And what he did resonated with the world. 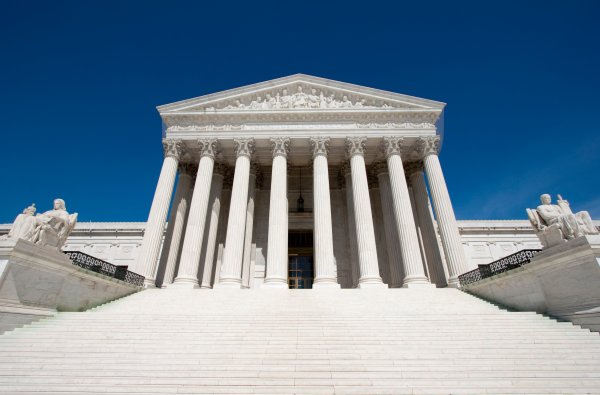 Restricted Abortion Rights Are a Calamity for All Women
Next Up: Editor's Pick