When three-year-old Max Levy had to have a metal disk inserted into his chest to help with treatments for his hemophilia, a disorder that prevents blood from clotting properly, his father compared him to a superhero. “We had just seen the movie ‘Iron Man’ a few days before,” Dan Levy told NBC News. “I said to him, ‘Do you remember the scene where Tony Stark takes the port, takes the arch reactor out of his chest and puts the new one in? … you’re going to get one of those.'”

From that day on, Max became known to friends and family as ‘Iron Max.’ Dan and his wife even started using the hashtag #IronMax on social media to update others on the young boy’s progress. And when Max’s sister Zoe, 8, began creating calendars to help raise money for kids with hemophilia being treated at Max’s hospital, the Children’s Hospital of Philadelphia, Marvel caught wind of Max’s story.

The creators of Iron Man contacted Dan and told him that Max was going to appear in one of their comic books. “Since he’s been a baby he’s been told what he can’t do and now it’s sort of kind of neat to see what he can do, and he can be anything — he can be a superhero,” Dan said. “That’s just the coolest thing.”

Max, now 6, said he was happy he could inspire other kids. “I think it’s pretty cool being in a comic book. Like it’s really really cool,” he said.”I’m making (other children) not scared because there’s a kid who’s a superhero and they would like to be that I guess … maybe some people are that.” 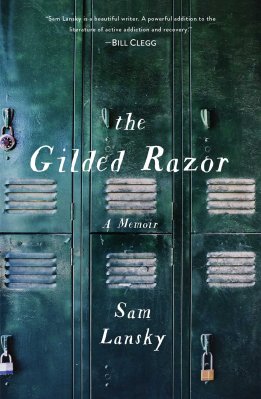 How I Made A Mess of My Life—and Cleaned It Up
Next Up: Editor's Pick