Not long ago a reporter I knew socially called me to interview me about my memoir. At the end of the conversation, he said, “I have to admit, I never would have guessed that you had a story like this.”

I’ve been hearing that quite a bit lately, and I take it as a compliment—I think. Some people wear their past misdeeds like a badge of honor. But over the last few years, I’ve tended to take a more euphemistic approach. “I had a colorful adolescence!” I’d say if it came up in conversation; that was much more polite than saying that I spent my teenage years strung out on drugs and sleeping with much older men. “No, none for me tonight,” I replied if offered a drink, instead of explaining that I’d been completely sober for nearly eight years, because after multiple stints in rehab and several failed attempts to moderate it had become unambiguously clear that trying to have a glass of wine over dinner usually resulted in my waking up in a stranger’s apartment several days later with my underwear on backwards and a crack pipe burning a hole in the floor.

I’m not being melodramatic—I was, from virtually the moment I took my first sip of liquor until the day I put a needle in my arm for the last time, a rare breed of bonkers, speeding-toward-an-early-death substance abuser. My body responded to drugs and alcohol like it was medicine for a sickness I hadn’t realized I had, with an aah of sweet relief. I craved the escape, the rush, the spin and shimmer of altered states; if you could swallow it, smoke it, snort it or shoot it, I wanted all of it, and more, and this feeling—of needing to escape out, to numb, to anesthetize the painful acuity of being in my own skin—was so primal it barely even merited examining. That’s just how I was. When I got clean and sober at age nineteen, I felt like I was already a few years past my expiration date.

It took a few years for me to be able to look back at the trajectory of my peripatetic, drug-addled teenage years and see it for how nutty it actually was. As a writer, I knew that I couldn’t not write about it. But I feared how it might change the way people would see me. My closest friends knew, of course, that I was clean and sober, and a few people remembered the precocious, sleep-starved kid who’d blown through their lives like a tornado, dating their dad’s friends or stealing their Adderall. But when you turn your life around when you’re still young, like I did, it’s tempting to reinvent yourself completely—to scrub the slate clean of those shameful teenage indiscretions and lean into a polished, professional adulthood. I’d forged a career doing credible work as an entertainment journalist and the idea of coming out in such a public way rattled me.

Addiction remains uncomfortable for people to talk about, in no small part because it’s both widely misunderstood and evokes strong feelings in those who lives have been affected by it, from the parent dealt the heavy hand of raising an addict as a child to the reformed problem drinker who’s convinced that AA is a cult. Identifying as an addict in such a public way is slippery.

But I also felt that I had to tell this story, though I didn’t know exactly why. This is a common impulse among people in recovery; it’s the foundation of twelve-step programs, too—people sharing their experiences with one another. This always felt magical to me: to turn such painful struggles into something productive, that could reach someone who might take solace in what I had to offer. To broaden the scope of that and share my story with everyone was too tempting.

After I sold the book, I found that executing it wasn’t so simple. Memoir might be the easiest thing to write, and the hardest thing to write well. What seems straightforward—just talk about yourself!—is actually dizzying, a house of mirrors where each new memory recalled on the page brings a new distortion. You peek over your shoulder, and there you are again, but different from how you remember looking; somehow, you have to do justice to that reflection, even when it’s deeply unflattering. Digging around in the muck of your personal history and trying to find some wisdom there is unpleasant at best. As I wrote, I often asked myself—why am I doing this? Is it really ever worth it to be so shamelessly self-revealing?

But that’s the thing I learned while I was writing my book—I learned why I was writing it at all. To be an addict is to make messes wherever you go, needlessly, and then you get clean and put it all behind you. There’s an eerie calm after as you survey the wreckage—what was the point of all that? But to write about addiction is to make something useful and enduring from a struggle that would otherwise exist only in the vacuum of the past. The heavy weight of all that secrecy and shame becomes an instrument. Writing with tenderness about things that are terrible—even things that I had done that were terrible—turned out to be the greatest grace of all. That was worth it.

Sam Lansky is Deputy Culture Editor at TIME and the author of The Gilded Razor: A Memoir. 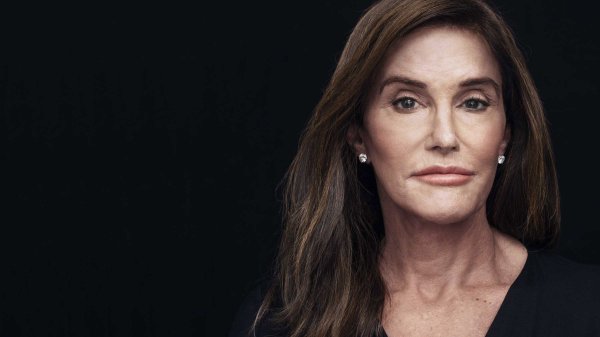 Caitlyn Jenner Memoir Coming in 2017
Next Up: Editor's Pick