Ben Carson listens to a question during a town hall meeting at Nashua Community College in Nashua, New Hampshire, U.S., on Sunday, Dec. 20, 2015.
Bloomberg—;Bloomberg via Getty Images
By Tessa Berenson

Ben Carson has suspended Tuesday’s campaign events after three campaign volunteers and an employee were injured in a car crash in Iowa.

According to a statement from the campaign, the van carrying the four people hit a patch of ice and flipped on its side, after which it was struck by another vehicle.

Three of the passengers are currently at Cass County Memorial Hospital in Atlantic, Iowa, while the fourth is being transported to the trauma center at the University of Nebraska Medical Center in Omaha, Nebraska.

Some other presidential candidates tweeted their support Tuesday afternoon:

Carson has been slipping in the polls in Iowa as he faces unrest and turnover in his campaign headquarters. 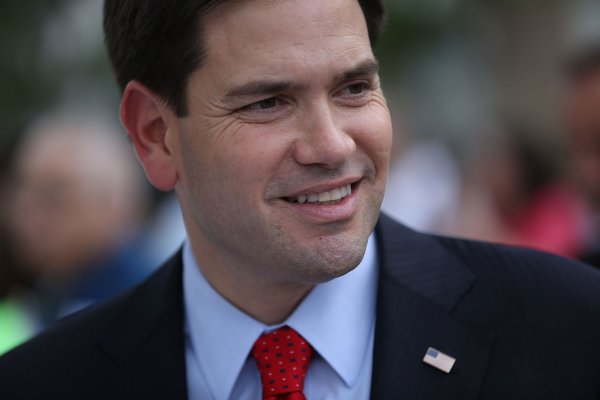 Marco Rubio Trolls Ted Cruz With a Calculator in New Hampshire
Next Up: Editor's Pick