Researchers have identified a gene mutation that can increase a woman’s risk of developing ovarian cancer.

In a new study, published in the Journal of the National Cancer Institute, researchers found that mutations in a gene called BRIP1 raised a woman’s chance of getting ovarian cancer in her lifetime to approximately 5%. That’s nearly three times greater than the 1.8% chance women generally have of developing the cancer, making the new findings significant.

“The risk isn’t very high on its own, but a 5% risk of ovarian cancer is not a trivial risk,” says Paul Pharoah, a professor of cancer epidemiology at the Cancer Research UK Cambridge Institute.

The researchers looked at four different genes which, in the past, had been found to possibly be associated with a higher risk for cancer: BRIP1, BARD1, PALB2 and NBN. The BRIP1 gene, for example, had been found in an Icelandic study to be linked to a higher risk for ovarian cancer among women with a mutation specific to that population. However, until now it wasn’t certain if the effects translated to other populations.

The researchers found that mutations in BRIP1 were associated with an increased risk for ovarian cancer, while the other genes were unclear.

Whether a woman would want to be tested for a BRIP1 mutation depends on a variety of factors, including whether there’s anything that can be done about the findings. “It does depend a little bit on the cancer and the geneticist and what their recommendations would be,” says Pharoah. “I think at the moment it’s not being widely used by geneticists, but people are starting to test for it in the clinic.” 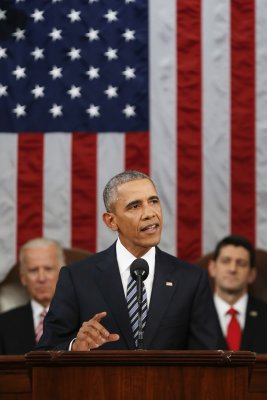 Why Curing Cancer Is Not a 'Moonshot'
Next Up: Editor's Pick