This Jewish Summer Camp Is Right to Ban Anti-Vaxxers

Ideas
By Jason Miller
Rabbi Jason Miller is an entrepreneur, educator and writer. A social media expert, Rabbi Miller is a popular speaker and writer on technology and its effect on the Jewish world. He also writes for the Huffington Post, for the Jewish Techs blog and the monthly "Jews in the Digital Age" column for the Detroit Jewish News. Rabbi Miller is the president of Access Computer Technology, a computer tech support, web design and social media marketing company in Michigan. He won the 2012 Young Entrepreneur of the Year Award from the West Bloomfield Chamber of Commerce and is a winner of the Jewish Influencer Award from the National Jewish Outreach Program.

The issue of immunizations has become a lightning rod in our society, severing some friendships, causing some parents to change their kids’ schools, and forcing some pediatricians to refuse to treat their own patients. Now, a popular Jewish summer camp in Michigan has found itself embroiled in controversy after staking its ground.

Tamarack Camps recently warned that it will refuse admission to its 1,500-acre camp property to any child or adult—including staff members, parents, medical professionals and guests—who is not up-to-date with vaccinations. While the camp acknowledges that some parents may choose to defer the vaccination of their children or refuse to have them vaccinated for various reasons including religious, for Tamarack Camps, they write: “this is not an issue of individual rights and choice, but an issue of public health and policy.”

Beginning this summer, the camp is requiring documentation of the administration of at least the first doses of the most common vaccinations, including MMR (Measles, Mumps, Rubella), the Tetanus, Diphtheria, Pertussis combination, and Meningitis. The following summer, the policy becomes more strict when “no child, camper, staff, artist in residence, volunteer, doctor, nurse, and their families will be allowed to come to camp without documentation of complete immunization according to the policy.”

I served as the rabbi-in-residence of Tamarack Camps for several years. My first summer living with my wife and three children at the camp was known as the “Summer of Swine Flu.” That summer, the clinic was inundated with campers and staff because even a low-grade fever was treated as cause for concern. Thankfully, there were no significant health concerns that summer, but it certainly gave summer camp (and school) officials around the world an idea of the challenging situation that could occur with a major disease outbreak.

This Jewish camp, one of the largest in North America, is basing its decision to ban unvaccinated individuals from its facility on the Jewish value of “Pikuach Nefesh.” Literally translated as “saving a life,” this ethic places a premium on maintaining good health and taking preventive measures for the whole of the community. I applaud the camp’s leadership, including its medical team, for implementing this policy. They are on good footing with their decision, as Judaism teaches to always put one’s health and safety above all else.

While there have been, and will continue to be, dissenters among those who send their children to this summer camp, the leadership should feel confident they acted in the best interest of their constituency. In order for parents to send their children to any summer camp and know they will be safe, it is imperative that camps implement strict policies to ensure only those who have been adequately immunized in accordance with the Centers for Disease Control are in the camp population.

No doubt it was a gutsy move for Tamarack Camps and those in the anti-vaxxer crowd will continue to malign the camp for its decision in blog posts and on social networks. However, this was the moral choice, and hopefully more summer camps will follow suit in order to protect the safety and good health of our children. 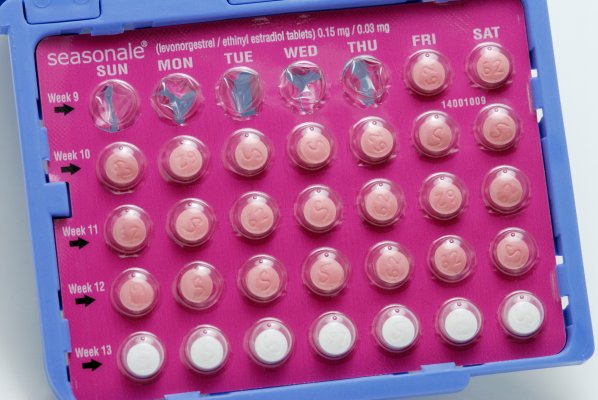 Women Should Not Have to Visit a Doctor for Birth Control
Next Up: Editor's Pick