An unidentified young man cleans bags of cobalt from a cobalt mine in 2005 at Ruashi mine about 20 km outside Lubumbashi, the Democratic Republic of Congo.
Per-Anders Pettersson—Getty Images
By Mark Rivett-Carnac

Some of the cobalt found in lithium-ion batteries used by global technology and car companies can be traced to mines in the Democratic Republic of Congo, where children, some as young as 7, labor for up to 12 hours a day, Amnesty International said in a report released Tuesday.

The human-rights organization, working with Africa Resources Watch, interviewed 87 cobalt miners, 17 of them children, who described working without protective gear in life-threatening conditions for as little as $1 a day. The children also told of beatings.

Amnesty said it traced cobalt from mine sites where child labor is rife, through a Chinese mineral company, Zhejiang Huayou Cobalt Ltd., on to battery manufacturers, which in turn claim to supply 16 multinational brands, including Apple, Microsoft, Samsung, Sony and Volkswagen.

None of the 16 companies provided enough information to independently verify the sources of the cobalt in their products, the report said. But according to the Guardian, two of the companies denied sourcing any cobalt from Congo, while links with Zhejiang Huayou Cobalt were denied by five. The remaining firms acknowledged the findings or said they were looking into the claims.

Samsung, Sony and Apple were among the companies that stressed that they had a zero-tolerance policy on child labor, the BBC reported. 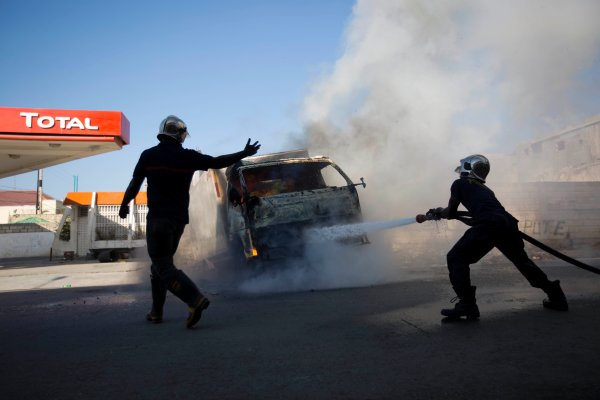