A member of the militia occupying a federal wildlife refuge in Oregon was cited for driving without a license after police found his flipped vehicle on Sunday.

State police found 57-year-old Darrow Burke inside a white Ford van that was on its side around 2:30 a.m. in Hines, Ore., Oregon Public Broadcasting reports. According to the police report, frozen conditions are to blame — the car flipped after Burke, who is uninjured, drove too fast around a corner on icy roads.

Burke, who began supporting Ammon Bundy last November, lives in Ukiah, Calif., and was cited for driving without a license. OPB confirmed his van had been at the militia compound at the Malheur National Wildlife Refuge earlier in the week. 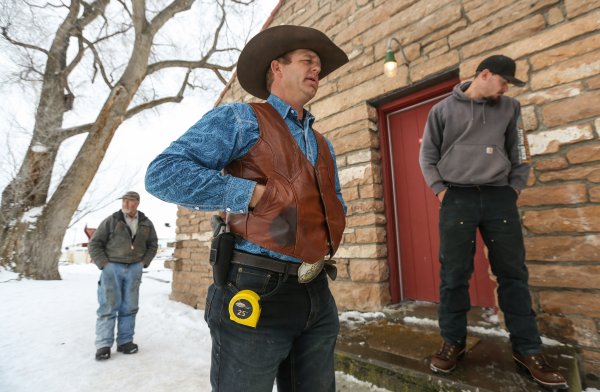