Ride Along 2 Dethrones Star Wars at the Box Office

This photo provided by Universal Pictures shows, Kevin Hart as Ben Barber, Ken Jeong as A.J. and Ice Cube as James Payton in a scene from the film, "Ride Along 2."
Quantrell D. ColbertUniversal Pictures /—AP
By Pamela McClintock / The Hollywood Reporter

Universal’s Ride Along 2 topped the long Martin Luther King Jr. holiday with an estimated four-day gross of $39.5 million from 3,175 theaters, well behind the first film but easily enough to win the weekend ahead of The Revenant and Star Wars: The Force Awakens.

For all films, Hollywood studios are estimating Friday-Monday numbers for the long holiday weekend.

Ride Along 2 — reuniting Kevin Hart and Ice Cube — opened exactly two years after Ride Along debuted to a record-breaking $48.6 million. However, Ride Along 2 faced far more competition and earned a B+ CinemaScore, compared to an A for the first. And in general, comedy sequels can be a tough proposition.

Overseas, Ride Along 2 opened to $2.7 million from its first 11 markets — double the number of Ride Along in the same territories — for a global debut of $42.2 million. Star Wars: The Force Awakens won the foreign race overall with $47.3 million, pushing the blockbuster’s total to $1.86 billion.

Elsewhere in North America, Alejandro G. Inarritu’s awards frontrunner The Revenant, starring Leonardo DiCaprio, placed a strong No. 2 with an estimated four-day gross of $35 million from 3,559 locations for a domestic total of $93.2 million.

The gritty frontier epic was already doing better than expected business at the box office, but saw an additional boost after picking up 12 Oscar nominations on Thursday and winning best picture, best director and best actor at last weekend’s Golden Globe ceremony for Fox and New Regency. The Revenant added screens this weekend, including 54 Imax theaters.

After ruling the box office for four consecutive weekends, The Force Awakens placed No. 3 domestically with a four-day gross of $31 million from 3,823 theaters for a domestic total of $851 million. The movie has begun shedding theaters in North America; its tally since opening had been 4,134 sites before this weekend.

In China, Force Awakens has earned $95 million since opening Jan. 9. The movie was bumped off a large number of screens this weekend to make way for Chinese movies, and could ultimately top out at $150 million or less. While a good number, many analysts had predicted Force Awakens would earn north of $200 million in the Middle Kingdom.

Coming in No. 4 domestically, Michael Bay’s patriotic themed 13 Hours: The Secret Soldiers of Benghazi opened to an estimated $19 million-$20 million from 2,389 theaters. On the same weekend a year ago, Clint Eastwood’s American Sniper launched to a massive $107.2 million, while Lone Survivor debuted to $37 million in early January 2014.

But 13 Hours, targeting conservative moviegoers, is politically divisive in recounting the U.S. military operatives who defended the U.S. Embassy compound in Benghazi from a terrorist attack that left four dead, including U.S. Ambassador J. Christopher Stevens. Presidential candidate Hillary Clinton, who was then secretary of state, has come under fierce criticism from Republican rivals for security lapses at the compound.

The $50 million Paramount movie does not refer to Clinton, but it still played along party lines. Starring John Krasinski and James Badge Dale, 13 Hours over-indexed in conservative Southern states, which also boast a large number of military bases. Paramount says 41 percent of the film’s grosses came from the South, compared to the usual 33 percent. Conversely, it underperformed in liberal markets in the Northeast and West.

“Michael Bay and Paramount wanted to tell the story of these American heroes and give their story an opportunity to be the focus instead of a debate about the politics of who or who didn’t make good or bad decisions,” said Paramount vice chairman Rob Moore.

Rounding out the top five was Paramount’s hit Christmas comedy, Daddy’s Home, which earned $9.3 million for the four days for a domestic total of $131.3 million and worldwide cume of $181.7 million.

The weekend’s third new entry, Lionsgate’s family film Norm of the North, grossed an estimated $8.8 million from 2,411 locations to place No. 6 for the four days. The film earned a B- CinemaScore.

Among Oscar best-picture contenders looking for a box-office boost, Adam McKay’s The Big Short came in No. 8 with $6.3 million for a domestic total of $51.6 million. Overseas, the financial dramedy earned $7 million from 38 markets for an early foreign total of $18 million and $69.6 million worldwide.

Prospects for best-picture contenders Brooklyn, Room and Spotlight are trickier since they have been in theaters longer, even if they were never given wide, saturated releases. All three added theaters over the MLK weekend with solid results.

Fox Searchlight’s Brooklyn, first opening in select theaters in early November, expanded into a total of 687 locations for a four-day tally of $2 million and location average of $2,911. The movie has earned a total of $25 million.

Also opening in early November, Open Road’s Spotlight wasn’t far behind as it upped its theater count to 985 for a four-day gross of $1.9 million and location average of $1,926. 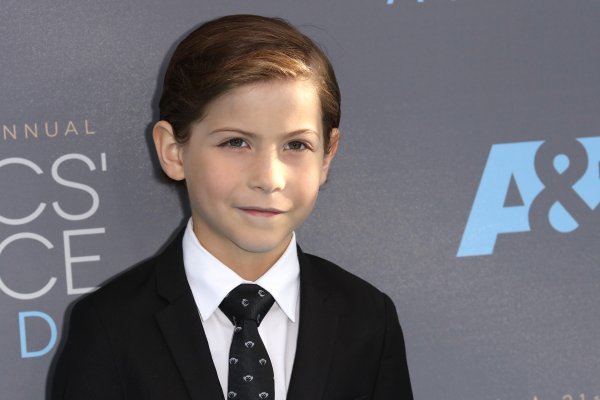