The Islamic State of Iraq and Greater Syria (ISIS) has been accused of abducting more than 400 civilians from the eastern Syrian city of Deir ez-Zor, following a battle with Syrian government troops in the town.

Citing information gathered by the UK-based Syrian Observatory for Human Rights, the Guardian reports that at least 85 civilians, as well as dozens of regime fighters, were killed during the ISIS offensive in the city in recent days. Syrian state media has labeled ISIS’s actions in the city a “massacre.”

Read more: Photographs From Inside Deir ez-Zor, a Syrian City Besieged by ISIS

The Observatory’s director, Rami Abdel Rahman, said that ISIS fighters had taken the kidnapped civilians in areas under its control to the west of the city.

“Those abducted, all of whom are Sunnis, include women, children and family members of pro-regime fighters,” he said. 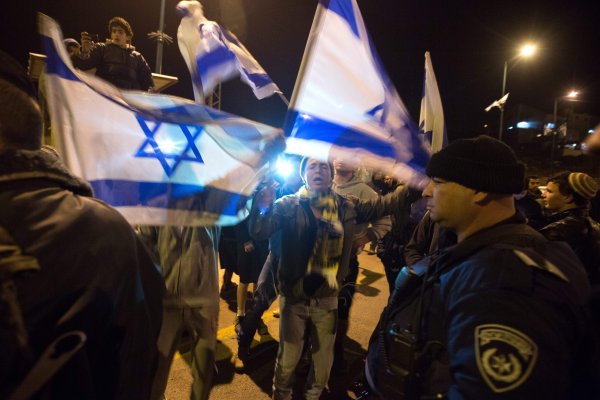 Israeli Mother of 6 Killed By Palestinian Attacker
Next Up: Editor's Pick