The Jakarta Attack Death Toll Has Risen to 8

An Indonesian woman lights candles near the site of the terrorist attack during a "We Are Not Afraid" rally on Jan. 15, 2016, in Jakarta
Ed Wray—Getty Images
By Mark Rivett-Carnac

The revision came after victim Rais Karna, 37, succumbed to gunshot wounds to his head on Saturday, and police correctly identified a fourth deceased civilian previously thought to be an attacker, Agence France-Presse reported.

Terrorist organization the Islamic State of Iraq and Greater Syria claimed responsibility for the bomb and gun raid that rocked Indonesia’s capital. As of Saturday, police had arrested 12 suspects across the country, home to the world’s largest Muslim population.

Indonesian President Joko Widodo took to Twitter on Saturday to warn citizens to increase their “vigilance because terrorists are not yet eradicated. Take care of and protect your families from the influence of terrorists’ ideology.” 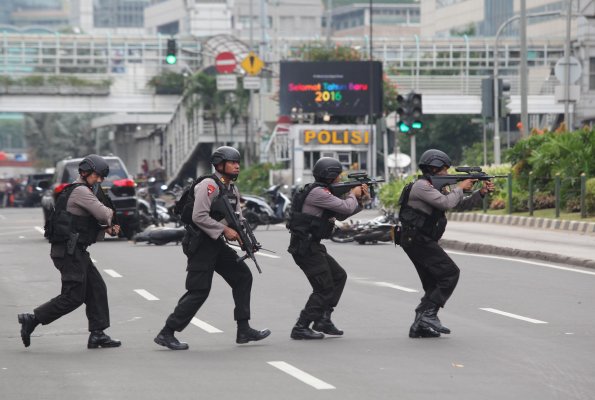