It’s rare that I agree with Donald Trump. But his response to Ted Cruz’s insulting comments about “New York values” at Thursday’s Republican debate was spot-on. After Cruz implied that New Yorkers were somehow out of tune with the rest of the country, Trump reminded him of the way we came together after Sept. 11 and “fought and fought and fought” to rebuild our city.

That fighting spirit, that gut instinct to join together in times of hardship, that refusal to leave behind the most vulnerable among us—these are the values that have defined New Yorkers from the very beginning.

But it isn’t only momentous tragedies that bring out the best in us. Almost every day, I meet men and women whose resilience in the face of out-sized struggles embodies the finest of not just New York City, but the United States of America.

I’m thinking of a man I recently met in a homeless shelter who handed me his resume. The thing he wants most in this world is a job—and he’s not afraid to work hard for it.

I’m thinking of a mother I met in Queens who emigrated from Mexico to build a better life for her family. After a few excruciating years, she was finally able to bring her daughter here. The daughter’s transition to a new city and a new life wasn’t easy, but they eventually found the help they needed at a school-based mental health clinic. Now they finally feel like a family again.

And I’m thinking of Freddie Cox, a Brooklyn native who had a rough childhood and turned to alcohol at an early age. After dropping out of high school at 14, he became homeless and spent more than two years living on the streets. As Freddie described it, he had given up on himself. But New York City hadn’t given up on him.

With help from his fellow New Yorkers, Freddie moved into an apartment building in Times Square, the Crossroads of the World. And after countless hours of one-on-one support from counselors and caseworkers, Freddie regained his faith in himself and got on the road to recovery. Today he is sober, back in touch with his family, and guiding others on their journey to a better place.

New York pulled Freddie through. Now Freddie is pulling through for his fellow New Yorkers.

Freddie’s story—a story of a city looking out for its own—is as quintessentially New York as the bright lights and Broadway marquees that glitter outside his front door.

With the leadership of my husband, Mayor Bill de Blasio, we are committed to providing every New Yorker with a fair shot at success.

That means expanding paid parental leave, so parents can spend as much time as possible with their child and find their rhythm as a parent.

That means lifting wages, so every person who works can pay the rent on a safe and comfortable home.

That means making mental wellness a priority, so people who have been suffering in silence can finally speak up and find help.

We aren’t doing this work simply because it’s the right thing to do. We’re doing it because putting our values into action is the best investment we can make in the city’s future.

The great playwright Moss Hart once said of New York: “The only credential the city asked was the boldness to dream. For those who did, it unlocked its gates and its treasures, not caring who they were or where they came from.” If those values are foreign to Ted Cruz, it says far more about him than our great city. 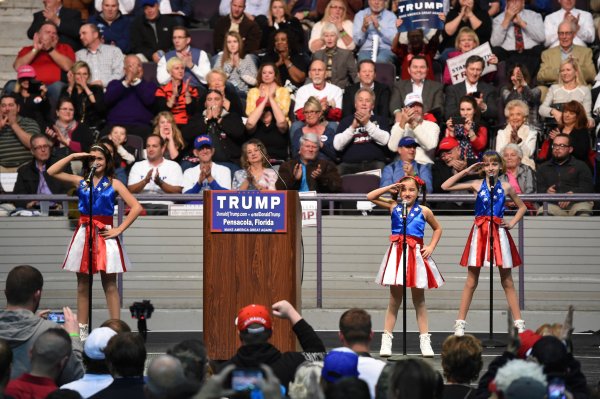 My Daughters Will Never Be 'Freedom Kids'
Next Up: Editor's Pick