Republican presidential candidate Sen. Ted Cruz (R-TX) speaks to guests at a town hall event hosted by the Conservative Leadership Project on January 15, 2016 in Columbia, South Carolina. Cruz is campaigning in the state after participating in a Republican presidential debate yesterday in North Charleston.
Scott Olson—Getty Images
By Daniel White

The Republican wasn’t finished, offering hopeful news for his fellow conservatives in New York, “I do have good news for the good people of New York. I believe 2016 is going to be an election like 1980, and help is on the way.” 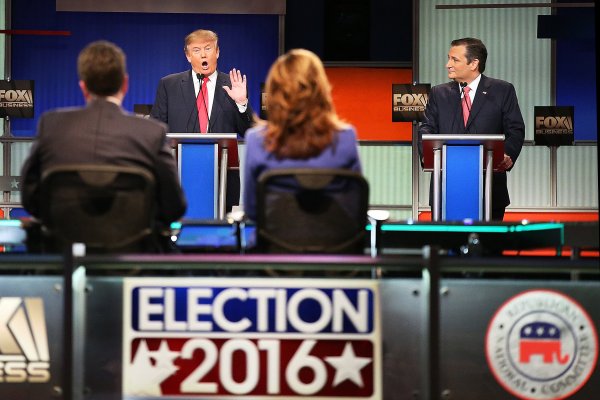 Trump and Cruz Tussle as Iowa Caucus Looms
Next Up: Editor's Pick