How to Reform the Economy of the 1 Percent

University of Chicago Press
Ideas
By Gabriel Zucman
Gabriel Zucman is an assistant professor of economics at UC Berkeley and the author of The Hidden Wealth of Nations—The Scourge of Tax Havens.

Inequality is the defining challenge of our time. From the president of the United States to most of the candidates vying for his job, from the Pope to the head of the International Monetary Fund—everyone seems to be talking about income disparities. An overwhelming number of Americans say the gap between rich and poor in the U.S. needs to be addressed immediately. Yet the problem continues to get worse.

Today, 62 individuals own as much as the poorest half of the world’s population, down from 388 five years ago, according to a new Oxfam report, “An Economy for the 1%.” These statistics are a reminder for political and business leaders gathering at the World Economic Forum in Switzerland later this week that their economic model of choice is not working well for all.

Instead of trickling down, wealth is being sucked upwards. By Oxfam’s estimate, the wealth of the poorest half, or some 3.6 billion people, has fallen by a trillion dollars since 2010, while the wealth of the richest 62 people has soared by over half a trillion dollars to $1.76 trillion. These statistics are imperfect, because of the lack of sufficiently accurate information on wealth globally. But they are consistent with data from places like the U.S., where high quality information exists, and with data gathered in the World Wealth and Income Database.

At the heart of these extreme wealth disparities are tax havens, which enable wealthy individuals and large corporations to avoid paying their fair share of taxes, depriving governments the resources they need to provide public services and tackle rising inequality.

There has never been as much money in tax havens: About $7.6 trillion of personal wealth is hidden in places like Switzerland, Luxembourg and Singapore today. This is not a U.S. or rich economies issue only. About half of the world’s offshore wealth belongs to developing countries, and this wealth is growing quickly. If taxes would be paid on the income that this wealth generates, an extra $190 billion would be available to governments every year—more that total aid spending globally.

A big share of the wealth in tax havens belongs to individuals with at least $50 million who are illegally evading taxes. This has two implications: Available inequality statistics substantially understate the true degree of global wealth concentration since these stats don’t include money that is hidden into tax havens; and the low effective tax rate on capital at the top-end of the wealth pyramid exacerbates the cycle of inequality the world is trying to end.

Multinational companies also make a growing use of tax havens: The amount of profits moved by U.S. multinationals to low-tax locales has been multiplied by six from 2000 to 2014. Nine out of 10 of this year’s World Economic Forum corporate partners have a presence in at least one tax haven.

There is real progress to build on. Starting in 2017, most tax havens have agreed to automatically exchange bank information with a number of foreign countries. This important step forward is a reason for optimism.

Yet this progress is insufficient. If measures are not taken to fight against overlapping shell companies, trusts, and holding companies, some banks will be tempted to only exchange information involving a minority of tax-payers—those who do not have access to empty shells in which to hide their assets—while continuing protect the most aggressive defrauders. Despite repeated exposure to participating in tax evasion, a number of big banks have got away with financial penalties that have barely dented their earnings. If banks continue to be too-big-to-indict, tax evasion will continue.

It is not enough to politely ask the very same people and countries who benefit from financial opacity to end it. We should rather explore how to create a world financial register that records the ownership of the world’s equities, bonds, mutual fund shares, and derivatives. This would do for financial assets what land registers have successfully been doing for real estate for centuries. The data to create financial registers already exists today in central securities depositories, but it is managed by private institutions and is not used for tax enforcement purposes. The goal would be to transfer the information to public bodies and use it for the common good.

A financial register of this kind would make it possible to record who owns what, which would improve inequality statistics, and to have a more informed discussion on tax policy. It would also help to better fight tax evasion and money laundering, key challenges for the 21st century.

Although increasing attention is being paid to inequality, the Oxfam report suggests that the gap between the richest and the rest of us has continued to widen in the past 12 months. It doesn’t have to be this way. As the elites head to Davos, it is critical to remember that we need political and economic reform to level the playing field globally. A world financial register would be a concrete step in that direction. 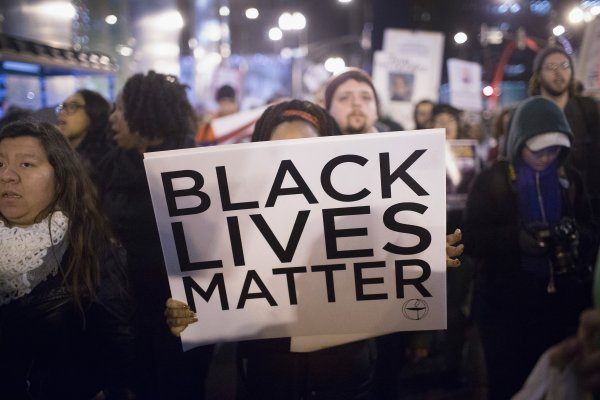