ICRC Head of Delegation Marianne Gasser speaks to residents of Madaya, a besieged town in Syria, as they gather around an aid convoy, Jan. 11, 2016. The International Committee of the Red Cross, working alongside the Syrian Arab Red Crescent and United Nations, began to deliver aid to thousands of people living in three besieged areas in Syria.
Pawel Krzysiek—ICRC
By Andrew Katz

The Syrian town of Madaya, along the border with Lebanon, was pitch dark by the time aid workers arrived on Jan. 11. It took more than eight hours for their convoy to travel from Damascus; the town lacked electricity and it had begun to rain.

“People were already waiting for us, ready with their bags packed. Quite a huge crowd who were thinking that we could actually evacuate them,” Pawel Krzysiek, a spokesman for the International Committee of the Red Cross, said in a Skype call from his office in the Syrian capital. “It was a very emotional moment because you could see hesitation, doubt, whether it was really happening or not, but also a glimmer of hope, waving.”

Some people were shouting, others asked what had taken so long. One girl approached Krzysiek and asked the question that everyone seemed to ask: “Did you bring some food? Because I’ve been waiting for so long and I’m hungry.”

The convoy of more than 40 vehicles, a joint effort between the ICRC, Syrian Arab Red Crescent and the United Nations, marked the first delivery of food, medicine and blankets to Madaya’s estimated 40,000 people since October. (That month, the U.N. admitted almost half of the 650 boxes of high-energy biscuits it sent residents were expired.) The rebel-held town is surrounded by forces loyal to the government; Monday’s convoy was part of a multi-phase agreement, involving several towns, that includes the evacuation of wounded fighters and the delivery of aid.

Krzysiek said he was told that in the days prior, some residents only consumed water with salt or spices, and one resident mentioned that “soup” cooked with leaves. Those testimonies echoed images and videos that had emerged on social media, appearing to show adults and children suffering from starvation. In one video posted on the page of medical services in Madaya, a frail, shirtless boy, wearing pants barely held on by a belt, said he hadn’t eaten in seven days.

A chorus of aid organizations renewed their demands for immediate and unimpeded access to Madaya and other similarly isolated towns as those pictures and videos spread online. Up to 4.5 million people in Syria live in hard-to-reach areas, the U.N. reports, and about 400,000 of them are in 15 locations under siege by various factions engaged in the country’s civil war.

Krzysiek brought a camera along despite the darkness. “We have a moral obligation to show their suffering,” Krzysiek said. “These people were like us … they had a family and a job and a life. And suddenly their lives turned upside down.”

At one point, Krzysiek approached youths who were warming their hands around a small fire. He looked inside to see what they were burning, and it was trash.

While he was handling interviews, he saw a group of people gathered around a colleague to tell her about their problems. Their faces were lit by a lamp used to illuminate the ICRC flag on one of the vehicles. He took a picture and “just realized that for a very, very long time, we have been the only physical persons that have been there from outside, able to listen to their problems, able to listen to their suffering. It was very, very important, even if we didn’t really have the solutions to all of their problems,” Krzysiek recalled. “It’s a totally perfectly human instinct to do so. It’s like us, whenever we go through a very hard and tough emotional experience, we need to debrief.”

The convoy left Madaya before dawn. Krzysiek had mixed emotions about the experience. “On the one hand, you did something good and something that would improve the situation of those people. But on the other hand, you know that to help them on the long-term basis you will have to come back,” he said. “Entering once is not really a guarantee you’ll be able to come back.”

A second convoy was able to return on Thursday. In a statement on Friday, as the U.N. Security Council met in an emergency meeting on the besieged communities in Syria, UNICEF confirmed it found several cases of severe malnutrition in the town.

These photos and videos from Madaya of starved, sickly children have drawn comparisons to similar scenes from other conflicts. Jonathan Jones, the art critic at the Guardian, referenced Don McCullin’s images of starving children in the Biafra conflict in the late 1960s. Samantha Power, the U.S. ambassador to the United Nations, mentioned the graphic visuals coming in from the town during recent remarks in New York. “Look at the haunting pictures of civilians, including children—even babies—in Madaya, Syria. These are just the pictures we see. There are hundreds of thousands of people being deliberately besieged, deliberately starved, right now. And these images, they remind us of World War II; they shock the conscience.”

Krzysiek can certainly see the similarities. He believes such scenes can bring the focus back on the human aspect of the conflict. “We should all realize that even war must have its limits,” he said. “And I think the visuals we see, they have power to remind us that these limits can be easily crossed, sometimes too easily.”

Yet he declined to draw historical parallels. “I promised myself that I would never allow myself to compare the suffering in Syria,” he said, “because it cannot really be compared.” 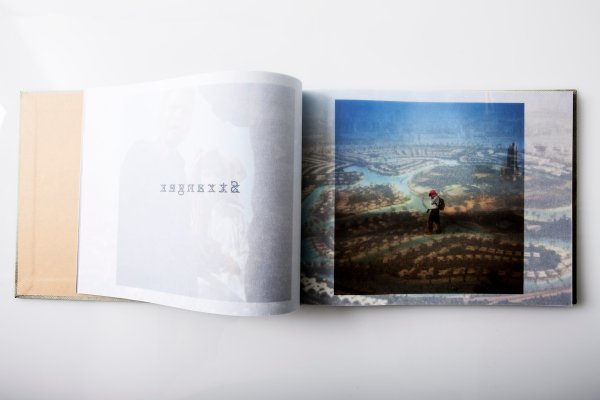 Anatomy of a Photobook: 'Stranger' by Olivia Arthur
Next Up: Editor's Pick