One of these days we’ll surprise you, but not today. The world’s top selling game of 2015 wasn’t Shovel Knight, or Super Mario Maker, or A Good Snowman Is Hard to Build. And it wasn’t Fallout 4, or Her Story, or Geometry Wars 3: Dimensions. Am I dragging this out too much?

Okay, Call of Duty: Black Ops III, take your bow. Activision says its futuristic military-minded shooter was the top selling game of 2015 “by a wide-margin in both units and dollars sold-thru.” You can read my review here.

This would also be the franchise’s seventh bow in North America in as many years. The Call of Duty series now totals 250 million copies sold globally since the first game arrived in 2003.

That puts Activision in striking distance of Nintendo’s Pokémon (275 million copies sold as of January 2016, the second-bestselling video game franchise). Still, it’ll have to more than double its haul to catch up to Nintendo’s indefatigable Mario games, which all told surpass 500 million copies sold. 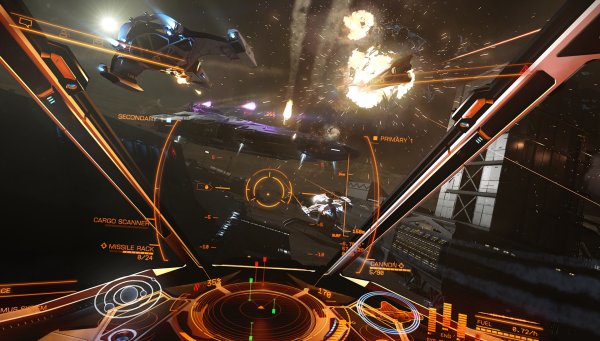 You Won't Believe How Many Copies Elite Dangerous Has Sold
Next Up: Editor's Pick