The Role of Mob Mentality in the Cologne Attacks

Demonstrators, mostly including women, gather in front of the Cologne Cathedral to protest sexual harassment incidents in Cologne, Germany, on Jan. 17, 2016.
Anadolu Agency—Getty Images
Ideas
By Mina Cikara and Adrianna Jenkins
Mina Cikara, a Harvard psychology professor, and Adrianna Jenkins, a postdoctoral researcher at the University of California, Berkeley, are the authors of a study on mob mentality.

People worldwide have been shocked by reports of the mob violence that struck Cologne, Hamburg, and Frankfurt on New Year’s Eve. Victims have filed more than 500 criminal complaints, and the descriptions of their experiences are harrowing. By several accounts, massive groups of men gathered at train stations and then proceeded to harass, rob and sexually assault hundreds of women. In turn, many citizens have responded in anger, intensified by suspicion that the attacks were coordinated and by reports that a large proportion of perpetrators were asylum seekers of North African or Arab origin.

The horrific events of New Year’s Eve have left many wondering: How could this happen? Many have speculated that cultural differences are to blame—spurring anti-refugee rioting and violent attacks targeting Pakistani and Syrian immigrants. But there’s another factor that may have contributed to the escalation of the perpetrators’ aggression: the crowds themselves.

Simply being part of group changes how people think and behave. In a phenomenon sometimes called “mob mentality,” a group of people may behave in ways that violate the moral standards of each individual in that group, often leading to destructive behavior and brutality. There are several reasons why crowds have this effect. Acting as part of a group can make individuals feel more anonymous and less responsible for their actions, both of which can promote aggression. Crowds may also change what constitutes seemingly appropriate behavior (what psychologists call social proof): if everybody else is doing something, it seems more justified or correct. Alternatively, perpetrators may knowingly commit wrongdoing to seek the approval of those around them (what psychologists call normative social influence).

In our own research, we investigated another reason why crowds can promote anti-social behavior: acting as part of a group may cause people to lose touch with their moral compasses. That is, people may get swept up in the excitement of acting as a member of a crowd, making them less attuned to whether or not they’re adhering to their personal moral code and, in turn, more likely to violate it.

To test this prediction, we used a combination of psychological and neuroscience approaches. We focused on a particular brain region, known as the medial prefrontal cortex (MPFC), because it is consistently engaged when people think about information that is self-relevant (e.g., when they see the name of the street on which they grew up, or when they reflect on their own personality traits, mental states and physical characteristics). The idea was that if people really become less attuned to their own moral standards when they act as a part of a group, then the MPFC response to statements about those moral standards might be blunted in a group context.

We assigned participants to one of two teams competing against each other for a cash prize. Then we placed people in a functional magnetic resonance imaging machine and measured activation in their MPFC when participants believed they were competing with their team versus competing alone. Throughout the scanning session, we showed participants statements about their own self-reported moral propensities (e.g., “I always hold doors open for people”).

At the end of the competition, we measured participants’ willingness to harm members of the other group by asking them to help us pick pictures of their teammates and their competitors, which we said would be distributed widely to the press and the public in promotion of the study. What participants didn’t know was that we deliberately showed them multiple photos of each person that varied in attractiveness—how flattering the photo was to the person in it.

As we predicted, people who exhibited less MPFC activity in response to their own moral behaviors in the group context were more likely to pick nastier photos of their competitors. In other words, one tentative interpretation of these results is that people who “lost themselves” in their own group were more ruthless to the members of the other group.

Some commentators have referred to the events of New Year’s Eve as the “night of shame.” Our and other research suggests the potential irony of this term: it may be precisely the perpetrators’ lack of shame and guilt that enabled such extreme behavior. Of course, this in no way diminishes the responsibility of the men who perpetrated these attacks, but it may help illuminate some of the reasons why they turned out to be so widespread. Finally, though the behaviors of those men in the train stations that night was abhorrent, we would urge concerned citizens not to generalize the perpetrators’ actions to immigrants in general (refugee or otherwise), lest they fall prey to mob mentality themselves. 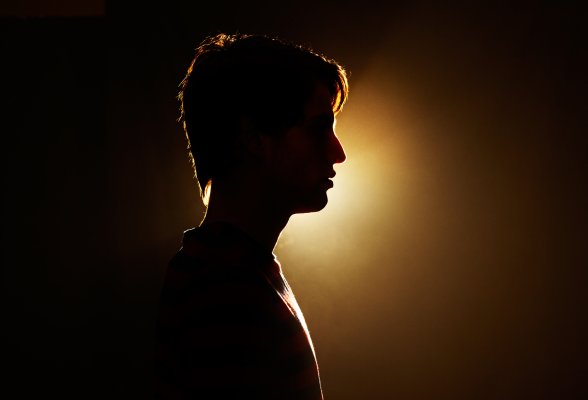 How to Make Your Mind Happy: 5 Secrets to Mindfulness
Next Up: Editor's Pick