Members of the "Bring Back Our Girls" movement and mothers of the missing schoolgirls march in Abuja on January 14, 2016.
Stringer—AFP/Getty Images
By Julia Zorthian

Nigerian President Muhammadu Buhari ordered a new investigation into the kidnapping of 219 schoolgirls, almost two years after their abduction by Boko Haram.

The Islamist extremists took the girls from the northeastern town of Chibok in April 2014, inciting a worldwide social media campaign to #BringBackOurGirls that spread awareness about the group and its series of abductions.

National Security Adviser Babagana Munguno will name members of an investigative panel to address many unanswered questions about the dozens of missing girls, Bloomberg reports. “The investigation will seek to, among other things, unravel the remote and immediate circumstances leading the kidnap of the girls by Boko Haram terrorists as well the other events, actions and inactions that followed the incident,” a statement said.

Gabriel Olonisakin, the head of Nigeria’s military, said that the country’s security had the “ability” to find and relocate the girls, but their intelligence is “delicate.”

Buhari renewed the efforts to gain intelligence about the kidnappings on Thursday after meeting with families of the missing women. This isn’t the first time he has pledged to reexamine the situation; in April 2015, one year after the Chibok girls were taken, he said he would do everything in his power to bring them home. And in December he announced that Nigeria had “technically” defeated Boko Haram. 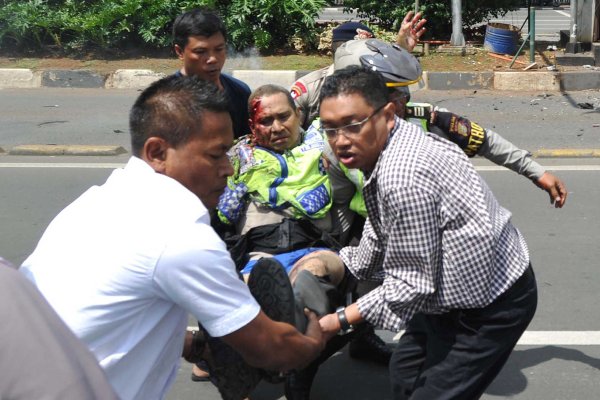 Attack in Jakarta: Bombs and Gunfire in Indonesia's Capital
Next Up: Editor's Pick