Republican Hopefuls on the Attack at GOP Debate

Donald Trump earned boos Thursday night from the debate audience in South Carolina for mocking rival Ted Cruz’s chance of becoming their party’s presidential nominee and questioning whether he’s even eligible to serve in the White House.

Cruz was born in Canada to an American mother, and Trump has suggested that Cruz might be tempting challenges over whether he is a “natural-born citizen” as the Constitution demands.

Legal scholars of both parties have said that Cruz is fine, but that’s seldom enough for Trump the provocateur and Cruz advisers are starting to take note of the furor over his eligibility that has consumed conservative media. Internally, some of Cruz’s advisers have acknowledged that they were slow to realize the damage that was being doing and helped Cruz, a national debating champion, prepare a masterful response.

“I’m not going to be taking legal advice from Donald Trump,” said Cruz, a Harvard Law graduate who as Solicitor General of Texas has argued cases before the Supreme Court.

It was a sideshow to the broader discussion of questions actually rooted in reality. “I hate to interrupt this episode of Court TV,” Sen. Marco Rubio of Florida said with a chuckle, trying to get the conversation back on track.

Trump defended his attacks as a way to defend the GOP against Democrats’ expected attacks. “Who the hell knows if you can even serve?” Trump asked Cruz.

The Republicans hoping to replace Barack Obama in the White House hammered the incumbent President as militarily weak, playing to their audience in veteran-rich South Carolina. In the process, they largely ignored each other.

For his part, billionaire frontrunner Donald Trump pivoted to his favorite topic: immigration. “We cannot allow all these people to come into our country and break our borders,” Trump said.

The Fox Business debate stage was the smallest and only seven candidates took the stage, signaling there are just 18 days until Iowa’s lead-off Caucuses.

In the first debate of calendar year 2016, it’s fast becoming clear which candidates have a credible shot at winning the Republicans’ presidential nomination and, perhaps more tellingly, which do not.

Sen. Rand Paul of Kentucky and former tech executive Carly Fiorina were bumped from the primetime lineup, and Paul instead opted to participate in a Twitter-based town hall instead of joining the earlier undercard debate.

Fiorina had a strong showing at the undercard debate, throwing sharp jabs at her Republican rivals — and at Hillary Clinton, the Democratic frontrunner.

“You know, I’m not a political insider. I haven’t spent my lifetime running for office. The truth is I have had and been blessed by a lot of opportunity to do a lot of things in my life,” Fiorina said. “And unlike another woman in this race, I actually love spending time with my husband.”

With Iowa having the first nominating contests on Feb. 1, the dynamics of the race are incredibly fluid and the candidates’ attacks are getting sharper. Cruz, who for months refused to tangle with Trump, has started to get tougher with the brash billionaire. The animosity between Bush and Rubio has reached peak rivalry, so much so that advisers wonder if their onetime close relationship is beyond repair.

And the attacks on Christie are starting to grate him as he is working to beat expectations in Iowa and meet them in New Hampshire.

The debates have so far drawn record number of viewers as interest in the ever-dramatic GOP race builds. The debates—as much as the polls that determine who gets the best seats on stage—have been touchstones for the campaign and many national donors have taken the measure of the race by the televised food fights.

At this moment in the campaign, the biggest question for Republicans is what happens in Iowa. Will the thrice-married Trump keep his advantage in a state ripe with Evangelicals, or will Cruz be able to claim the top spot? Trump’s unconventional campaign is betting his reality star approach can sustain him against Cruz, who has done three times as many events as Trump. If Trump falters in Iowa, can he catch himself in New Hampshire, or will he fade? And will any of it matter for his legions of supporters? 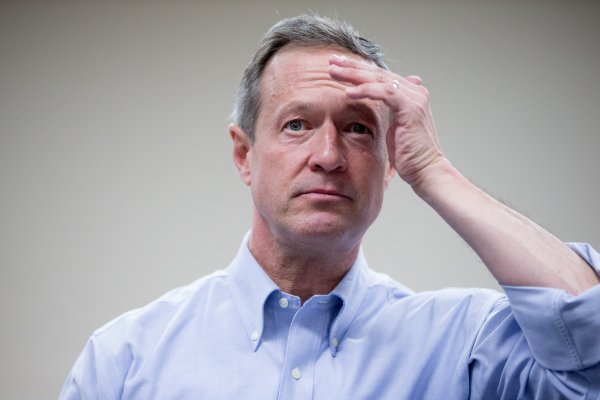 Martin O'Malley Faces Test To Qualify For Next Democratic Debate
Next Up: Editor's Pick