The Bundys and Tamir Rice Are Proof of Two Americas

Demonstrators march in Cleveland, Ohio, on Dec. 29, 2015.
Angelo Merendino—Getty Images
Ideas
By Benjamin Crump
Benjamin L. Crump is the attorney for the families of Trayvon Martin, Michael Brown, and Corey Jones and is a former President of the National Bar Association

I was awestruck to hear a CNN law enforcement analyst say, in reference to the recent armed protesters in Oregon, that U.S. police are trained to show restraint. Those words sent chills down my spine. Police did not show restraint when an officer gunned down 12-year-old Tamir Rice after only seconds after a police car rushed toward him at high speed. There were no negotiations, no attempts to gauge the situation.

When we juxtapose Rice’s quick and final seconds of life to the almost inept response of law enforcement to react Ammon Bundy and the other Oregon protesters, it only reinforces the two Americas in which we live.

The white men with an arsenal of weapons, daring the U.S. government or police to approach them unless their political demands are met, are terrorists. They pose a threat. A child playing on a playground, startled by a police car coming toward him, does not.

This is not the America I was taught to believe in. This is not the community policing and restraint that is shown when police are called to white neighborhoods. The fact that the police drove their car so close to Tamir reflects a mentality that had no regard for black life.

The same lack of care and inhumanity shown by the police that gunned down Tamir Rice was also shown by the district attorney who recommended that the grand jury not indict those officers. It is implausible to think that a prosecutor would find no reason to recommend charging the police officers when, if nothing more, Ohio is an open-carry state, and had Tamir been carrying an actual gun and officers truly believed that he was an adult, Tamir would not have been breaking any laws.

How Bundy and the other protesters can be granted such leniency in a time when we have seen so many unarmed African Americans gunned down by police is maddening. This is not the first time that this group has used an arsenal of guns and firepower to threaten the U.S. government. In April of 2014, the Bundy ranchers and some of their neighbors pointed high-powered rifles and machine guns at U.S. marshals over a land and water rights dispute. The Bundys and the ranchers who supported them were appeased, and it is likely because of that appeasement they once again felt emboldened to hold the U.S. government hostage over their demands.

America is at a crossroads in dealing with injustice against African Americans. Today, on Martin Luther King Jr. Day, we must remember his words: “Injustice anywhere is a threat to justice everywhere.” 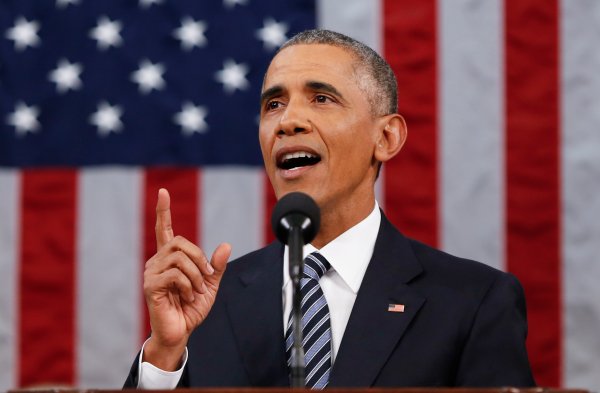