The first Republican presidential debate of the new year is Thursday—and it will be available online without a cable subscription.

Fox Business Network will host the debate in North Charleston, South Carolina, and provide a free stream of the debate online. The network has already shaken things up in the GOP race by sending Kentucky Sen. Rand Paul and former Hewlett Packard CEO Carly Fiorina to the early debate.

The undercard debate, which begins at 6 p.m. Eastern, will feature Paul, Fiorina, former Arkansas Gov. Mike Huckabee and former Sen. Rick Santorum. Anchors Sandra Smith and Trish Regan will moderate this debate. Paul may not be at the undercard, however, as he is actively trying to get back to the main debate and previously said that he would not be on the early stage.

A stream of the debate will be available online at FoxBusiness.com starting at 6 p.m. Eastern, while social media users can follow the action with the hashtag #GOPDebate. 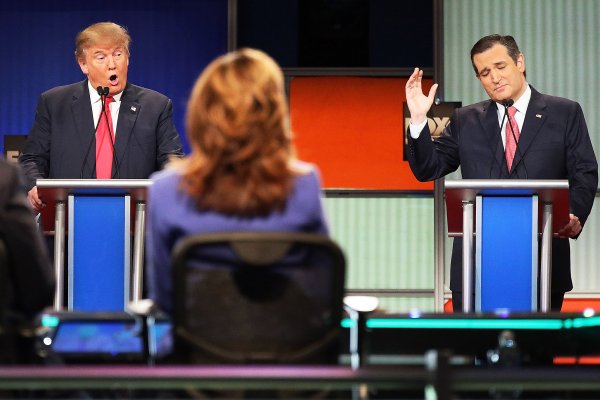 Gloves Come Off
Next Up: Editor's Pick