Confronting the Future of New Orleans' Confederate Past

A court hearing in New Orleans on Thursday is expected to confront one of today’s thorniest issues, the role and representation of the past in everyday life: Should officials go ahead with last month’s city council decision to relocate three statues of Confederate leaders and a memorial to an uprising against Louisiana’s Reconstruction-Era Republican government? Or are heritage and preservation groups justified in their claim that moving the monuments would not only violate both the constitution and state law, but also destroy the “integrity of the historic landscape of New Orleans”?

The impulse behind the decision to move these offending symbols, like similar efforts elsewhere, is certainly understandable, especially in the wake of last summer’s horror in Charleston, S.C. Yet, however problematic public monuments to the defenders and beneficiaries of slavery and Jim Crow might appear today, we would do well to consider an enduring human reality easily as troubling to historians as it is reassuring to politicians: People forget—quickly, and with minimal encouragement—especially when it makes them feel better and divests them of obligations they are eager to shed. It is more tempting to hide what’s painful than to confront it, but rarely does this path of lesser resistance take a nation or society where it really needs to go.

For example, as recently as half a century ago, U.S. history textbooks attempted to soften and rationalize the subjugation of African Americans, Native Americans, immigrants and other minorities. Meanwhile, Soviet Premier Nikita Khrushchev was relentlessly toppling statues and renaming buildings and even cities in hopes of purging the public memory of the brutal and embarrassing horrors visited on the populace by former premier Josef Stalin. In these and any number of similar cases stretching back to antiquity, efforts to make the past less troubling or more inspiring have left untold generations uninformed about the realities of their history or its ramifications for the present.

As a case in point, the history behind the controversial monuments in New Orleans is far more complicated and far-reaching in its consequences than many Americans realize. Most memorials of that type were not constructed immediately after the Civil War, but at least a generation after the final overthrow of Reconstruction in 1877, and they served not simply to reaffirm the rightness of the South’s “Lost Cause,” but to rally white southerners to a new campaign to restore their racial supremacy. As the 19th century drew to a close, the move to monumentalize the Lost Cause went hand-in-hand with campaigns for segregation and disfranchisement that, replete with incendiary rhetoric, more than once fueled outbreaks of mass violence against blacks, including the infamous Wilmington, N.C., riot of 1898. The principal instigator of this racial pogrom, which left at least two dozen blacks dead, was ex-Confederate and former congressman Alfred Moore Waddell, a vigorous proponent of erecting monuments to the state’s “fallen sons,” who also warned that the only means of fully securing their heroic legacy was stripping black men of the vote by any means necessary even if “we have to choke the Cape Fear [River] with carcasses.”

To some, this additional layer of interpretation might seem only to make these already painful symbols even more so. To others, however, a fuller understanding of the breadth and complexity of the their implications could make them seem less like taunting reminders of victimization and more like powerful testaments to the enormous adversity black Americans have been forced to surmount. Properly annotated and situated in a museum where they need be seen only by those who choose to do so, some of these monuments might ultimately serve a valid educational, and even socially redemptive purpose. Some historians and preservationists argue that, rather than concealing them, we should simply do a better job of explaining them. The National Trust for Historic Preservation’s Stephanie Meeks has noted that the organization believes “we actually need more historic sites properly interpreted, to help us contextualize and come to terms with this difficult past.” Atlanta History Center President Sheffield Hale and his colleagues have actually drafted a template for supplementing the original information on a Confederate monument with language linking the Lost Cause to efforts to restore supremacy, and pointing out that “celebrations of the Lost Cause often went hand-in-hand with campaigns to enact laws mandating ‘Jim Crow’ segregation and disenfranchising African American voters which also sparked racial violence, including lynching, well into the twentieth century.”

The mirage of a post-racial America has long since evaporated, but it is nonetheless important to recognize that the contemporary grievances of today’s minorities are deeply rooted in a long history of discrimination and imposed disadvantage. Presented in broader historical perspective, monuments like those in New Orleans could contribute to that recognition. As historian David Blight noted in response to those who find it upsetting that Yale’s Calhoun College bears the name of a prominent defender of slavery and advocate for slaveholding interests, “The past should really trouble us. I don’t want the past to ever make us feel good.” Ta-Nehisi Coates seemed to feel much the same when he explained, “I don’t know if I want to forget that, at some point, somebody was crazy enough to have a monument to Nathan Bedford Forrest. That’s a statement about what society was. That shouldn’t be forgotten.” Such remarks point to what should be a distinctly troubling irony: At a time when the nation needs urgently to acknowledge the enduring consequences of its racially unjust past, we seem increasingly intent on sweeping aside many of the most vivid reminders of why there is still so much to overcome. 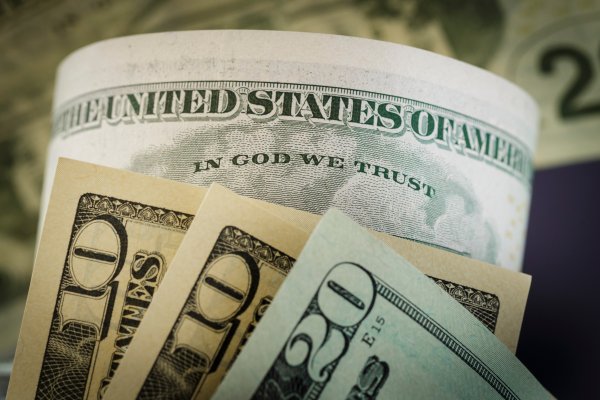 How 'In God We Trust' Got on the Currency in the First Place
Next Up: Editor's Pick