President Barack Obama delivers his State of the Union address before a joint session of Congress on Capitol Hill in Washington, D.C., on Jan. 12, 2016.
Evan Vucci—Pool/Getty Images
Ideas
By David Barnes

David Barnes is the policy director of Generation Opportunity, an organization focused on policies for millennials.

President Barack Obama took an optimistic tone in Tuesday night’s State of the Union address, concluding “the State of our Union is strong.” Millions of young Americans from the millennial generation may disagree: A recent Harvard poll found that nearly half of 18-29 year olds believe the American dream is dead.

Although the president cited a falling unemployment rate last night, many young people are having a hard time finding work. The unemployment rate for those aged 18-29 is 7.6%—about 50% higher than the general population. More than 30% of older millennials are stuck in involuntary part-time work. And 1 in 5 young adults—about 13 million people—lived in poverty as recently as 2013.

Our generation has been disappointed to learn that going to college is an increasingly costly proposition that doesn’t always pay off. Median weekly earnings for full-time workers who graduated 2007 through 2014 have been stagnant, rising only 6%. Tuition, by contrast, skyrocketed more than 500% from 1985 to 2013. More than two-thirds of the class of 2014 graduated with debt, averaging nearly $30,000 per borrower.

Too many have also seen their progress halted by the harsh realities of American criminal justice. Obama’s speech addressed the need for reforming this flawed system, and with good reason. Up to 30% of all young people will have been arrested by the time they turn 23, usually for non-violent and minor crimes. Nearly 40% of federal inmates and more than half of those in state prisons are millennials. A criminal record leaves many unable to find quality jobs.

To top if off, more than one quarter of our generation lived with their parents last year. Young people shouldn’t accept this as the new normal.

Policymakers must address the government’s growing control over the economy and our lives to improve opportunities for millennials. They should start by reining in what Obama called “outdated regulations that need to be changed” and “red tape that needs to be cut.” Regulation accounts for a hidden tax on our economy of $1.88 trillion. The federal register published an astounding 80,000 pages in 2013, and the tax code hit almost 74,000 pages that year.

Occupational licensing is another barrier that must be rolled back. Today about 30% of the workforce must acquire “licenses to work” before starting their careers, costing up to thousands of dollars and hundreds of hours of training. Many occupational licenses serve no legitimate purpose yet cost nearly 3 million jobs nationwide.

Government can help achieve Obama’s goal of making higher education affordable by stepping away from it. The Federal Reserve Branch of New York recently calculated that every dollar government spends on tuition subsidies actually passes through and inflates tuition by more than 50 cents.

Government shouldn’t spend more, but rather encourage the innovation needed to make education worthwhile again and truly debt-free. That means letting states experiment with their higher-education accreditation standards, which currently limit choice and competition under federal rules. Rather than promote “free” community college, as Obama did Tuesday night, lawmakers should look for ways to encourage an open marketplace in education. Students need more options for building foundations to their careers.

Finally, crime deserves punishment, but human lives deserve redemption. Federal and state lawmakers should reform overly harsh sentencing laws like mandatory minimums and three-strike systems. The Obama administration has gotten involved in this fight, but with a justice system as complex and flawed as ours, there’s much work yet to be done.

Millennials may have good reason to be disappointed, but we have no reason to be hopeless. We are the largest, most diverse generation in American history, and our voices matter. It’s time to demand policies that create more opportunity rather than more government. Then the State of the Union—and the State of the Millennial—could finally be as strong as Obama believes it is. 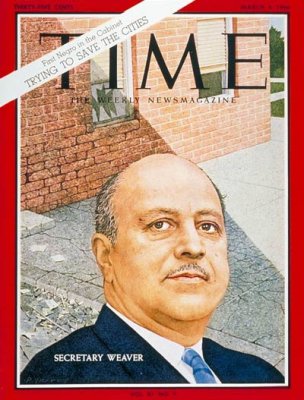 The Long Fight to Appoint the First African-American Cabinet Secretary
Next Up: Editor's Pick