The chairman of the South Carolina Republican Party fired back at critics of Gov. Nikki Haley’s response to the State of the Union address Tuesday night, saying her welcoming tone should be commended.

“First off, what Ann Coulter said is despicable,” Matt Moore told TIME on the sidelines of the Republican National Committee meeting in Charleston, referring to the conservative commentator’s tweet that “Trump should deport Nikki Haley.”

The daughter of Indian immigrants, Haley was selected to present a counter-argument to Trump’s comments about immigrants and minorities. “During anxious times, it can be tempting to follow the siren call of the angriest voices,” Haley said in reference to Trump. “We must resist that temptation.”

“Winning elections is about addition and multiplication,” he said. “We have to be a party that’s focused on bringing people into the tent to be successful in November. And in doing that, words matter, tone matters, and the way we say things matters. There is nothing wrong with being respectful and polite to people in an attempt to win their vote.” 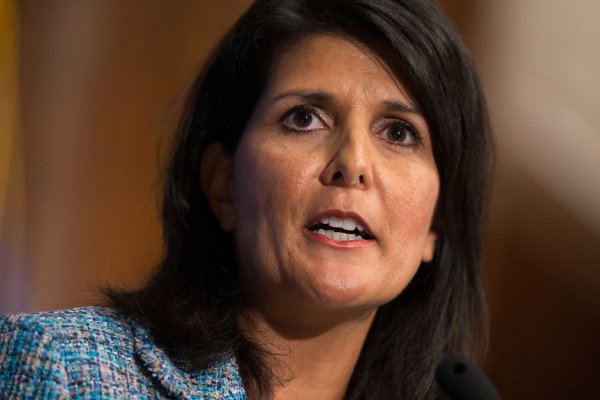 Read the Full Transcript of Nikki Haley's GOP Response to the State of the Union
Next Up: Editor's Pick